Jonathan Bown, deputy group director of digital content for Northern & Shell, talks to Gorkana‘s Grace Lee about tripling the number of OK! Online’s unique users, the power of a relevant celebrity, his surfeit of cupcakes and the publisher’s magazine portfolio online. 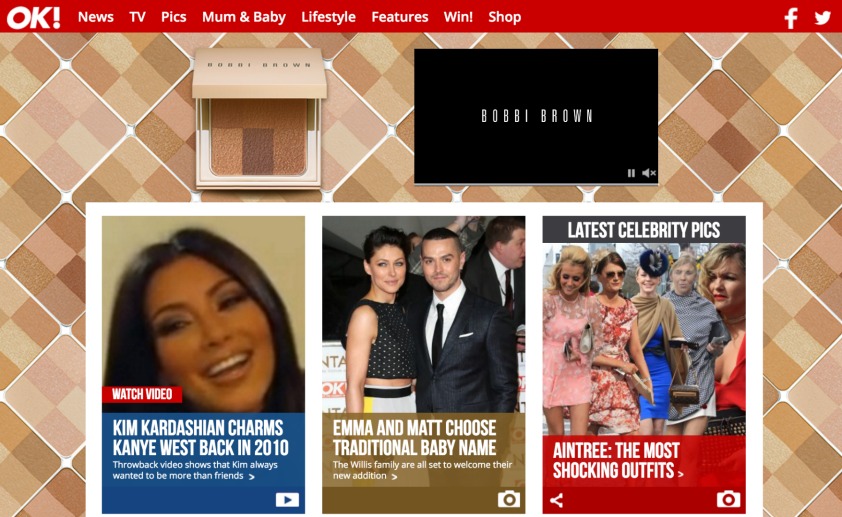 Before your promotion two years ago to deputy group director of digital content at Northern & Shell, you were editor of Star magazine. How did you find the change? 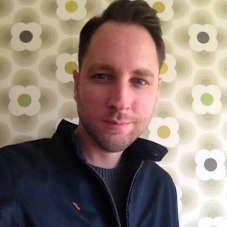 I’d worked on weekly celebrity magazines for ten years and while we managed to build the circulation of Star, in some challenging conditions for weeklies, when I got the opportunity to lead the growth of the OK! brand digitally, of course, I leapt at it.

My primary remit has been to increase the audience of OK! Online and enrich the editorial offering. In two years, our unique user base has tripled, and our monthly page views are also up by more than 300 per cent. Our users are spending more time on the site – and they’re watching ten times the volume of video content they were two years ago.

While the subject matter is much the same – the lives of stars from the world of reality TV, soaps and music – as a former print editor I’ve had to park at least half of my skill set and develop new skills. I’ve swapped obsessing over flatplans and geeking out over typography for meetings about social strategy, user experience and writers’ workflow.

The most rewarding change for me is the fact that we have a two-way relationship with our readers. Social is at the heart of what we do and with 1.3 million people liking us on Facebook and more than half a million Twitter followers, it’s fascinating being able to communicate directly to such a large and passionate audience.

Even two years in, every day is a school day!

Does the digital content team run across all of Northern & Shell’s titles?

My remit is to look after Northern & Shell’s magazine portfolio online, although, from time to time, I’ll contribute on matters that affect the newspaper sites: express.co.uk and dailystar.co.uk.

As deputy digital group director for OK!, new! and Star, how do you juggle your responsibilities?

I’d say 90% of my time is spent on OK! Online. It’s by far the largest celebrity weekly site in the country and, as the team grows, so does the amount of time spent managing it. That said, my responsibilities are varied, and I definitely spend more time away from my desk than in my previous editor’s role.

Fortunately, I have a really strong team who know the site and our readers inside out. This means that if I spend the whole day in a planning meeting or with our developers then I know the site is in very safe hands.

How much is there a cross over in terms of editorial content for the Daily Express, Daily Star and OK! Online?

In many ways OK! Online doesn’t see itself as competing with the other celebrity magazine sites – we’re more like a newspaper’s celebrity section in terms of our scale and reach. As such there can be quite a crossover with the showbiz desks of dailystar.co.uk and express.co.uk.

We’ll alert each other when we have exclusive content that the other site could pick up and run, and we always go the extra mile to link back to one another’s sites, which has real advantages in terms of SEO.

From time to time, we’ll combine our spending power to go in for exclusive picture sets, which often allows us to run images our competitors can’t.

Oh, and we’ll always point PRs in the right direction if we feel a story isn’t right for OK! but may work on another of our platforms.

Tell us about your target audience.

It’s a surprisingly broad church and slightly younger than readers of OK! magazine. 80% of our readers are viewing our content on smartphones. They’re in their late teens, 20s and early 30s, predominantly female, and in need of up-to-date, ‘snacky’, celebrity news.

One thing that people tell us again and again is that they love the fact that we’re not judgemental or bitchy. I’m a strong believer that if you’re first with the news then you don’t need to over-spin it or push it too far. That said, we always try to approach things from a unique angle to offer our readers something fresh and improve our Google ranking.

Under your management the number of unique users for OK! Online has tripled – what is your user engagement strategy?

Growing a social audience is central to the site growth we’ve achieved over the last few years. Half of OK! Online’s traffic comes through Facebook and Twitter and so it’s vital that we keep this audience fresh and engaged. Right now we’re focussing on growing our social audience through shareable video content.

That said, while we’re social-first, it’s not at the expense of neglecting SEO best practice. We work very closely with MediaCom, which has a team that offer us in-house support. Our journalists are regularly audited and encouraged to use new tools to maximise their articles’ organic reach.

We’ve been very lucky over the last two years to have investment from N&S to grow the team and widen our reach, by introducing new content verticals rather than simply ‘celebrity news’. I’ve introduced a dedicated TV team and a lifestyle team concentrating on fashion, beauty, fitness and parenting content – all of which has a celebrity angle. We’re also working to create more features based around breaking news.

While we recognised that we’ll always be a celebrity news site first and foremost, we need to offer engaging, intelligent spins on this in the form of engaging feature content.

While we generally work separately from the print team, OK! Online enjoys the same great relationships with PRs as the magazine.

In terms of celebrity news, we always play things with a straight bat. OK! as a brand has a good reputation with celebrity PRs and because we always make a point approaching them for comment, there is a lot of goodwill.

In terms of product PRs, widening our editorial offering to include more lifestyle content means that we’ve built some very strong relationships with a wide range of organisations.

Recognising the types of celebrities our readers are interested in would be a great start. What may be a great celebrity ambassador, or a band, (which is relevant) for one outlet may be completely irrelevant for another.

Also just a general  understanding of what sort of thing we tend to write about. You’d be amazed at some of the calls we get asking if we’d be interested in running a story that’s a million miles from our usual agenda.

What are your top tips for PRs when pitching?

Please, no more cupcakes! Seriously, we get sent so many sweet treats that really, some fruit would go down a storm. Have a look at the site before you call us and don’t be surprised when we tell you that almost everything we do on the site needs to have a celebrity angle to it.

Finally, don’t ask us what our forward features list looks like. While we do have evergreen content that we’re working on, our primary focus changes from day to day as our features are always reactive to the news agenda.

Finally what are your plans for digital content for the Northern Shell publication this year?

New platforms such as Facebook Instant Articles, Google Amp and Apple News are a priority, as is strengthening our video offering.

We’ll be looking at improvements to the new OK! App we launched last year, launching the new OK! Online CMS and ‘replatforming’ some of our other mag titles’ sites.

Meet the Journalist: The Brighton Beezer publisher, Ilana Fox
Ilana Fox, the woman behind The Brighton Beezer, tells Gorkana’s Ona Zygaviciute about why she launched the publication, what makes it unique – and the role print journalism [...]
Interviews
Request a Demo and Pricing
Connect on Social:
Gorkana meets… Lovin Dubai