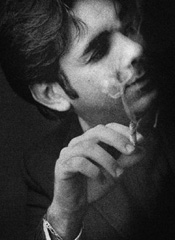 Controcampus was launched in 2001 as a magazine dedicated to the University of Salerno. But, since then it has expanded and developed a national distribution and reach. How did it develop a readership of students from all over Italy?

Today, it is an informative and educational reference point for young people. It provides useful tools for their education and development. We do not aim to replace institutional bodies such as universities or schools, but to complement them and be as useful as possible among students.

Our success is mainly due to two things: how we produce information and how good we are at promoting it. The former relies on the choice of editorial line, which has always been on the side of students – the beating heart of this publishing initiative. Proficiency in promotion is needed today to spread news on the net.

Although SEO skills are an important factor, truthfulness, authenticity and the quality of news also play a huge part. “Content is king,” as insiders say.

We have never written fake news. We have always considered that quality content should dominate not just our project, but information in general. Today, more than ever, it is the reader who chooses the news and not a few editorial forces. At the same time, readers have become experts in knowing how to choose them. They want answers to their questions and want them to be as comprehensive and quick as possible.

There is no magic formula in the success of Controcampus. But it depends on delivering information in response to the classic journalist rule of the five Ws (who? what? why? where? and when?) comprehensively and immediately.

Controcampus’ success has been built on its successful transition to digital. In a world where journalism is facing structural challenges, does print journalism have a future?

Blogs, Facebook, Twitter, Instagram are all useful tools to give and get information. They also create a wider opinion. More sources are read and only afterwards are positions taken. I believe this phenomenon is very democratic.

Of course, we need to increase the controls over information disseminated on the internet, and apparently the giants of the net, starting from Mountain View, are working in this direction.

Print journalism has changed and will further change its role. It’s a better format to use for a story that cannot be told in 300 words on a blog. Print newspapers and magazines will become more detail-oriented.

You have worked at Controcampus since launch, when you were still a student. What keeps you motivated?

I do not consider what I do at Controcampus as a job. I enjoy being in the editorial office. The passion I put in this project is so much that I can’t consider it as a job.

I have done and I do other jobs. I am a lawyer and I am also working for the Università degli Studi di Salerno. But producing information to me is different: it is in my nature. I am living for this, and the recognition of life is life itself.

In general, what are the challenges that motivate and stimulate you the most to work in the world of journalism?

I feel stimulated in doing things well. People who know me well say this is my strength and my weakness. I cannot be easily satisfied, but I am always looking for the maximum result. In regards to Controcampus, it turns into wanting to be in the first search results.

What things do you look for in a press release?

A press release has an importance in itself. It is the voice of a public authority, an institution or an entity. Mainly it is written by the same institution that spreads it. It is useful to make initiatives and activities known, but it cannot replace real news.

We are thinking of creating a channel dedicated to this type of communications that today come to us from the main cities, universities and schools, but keeping it separate from the information that we produce that of writers that are not connected to the “house” in which they live.

What is the most memorable story that you have reported on?

Between the most interesting stories, I can’t forget the story of Enrico [a former bully, whose story you can read here] or the story of the candidate to the lawyer exam [which you can find here]. Those are real stories of young people. We focus on factual stories and what others would have avoided. 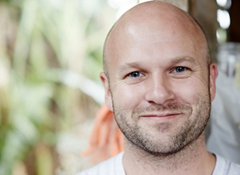 Celebrating women in rock with Classic Rock’s Sian Llewellyn
Classic Rock editor Sian Llewellyn talks about profiling the world’s greatest female rock stars, her relationship with PRs and how to get up-and-coming acts featured in the [...]
Interviews 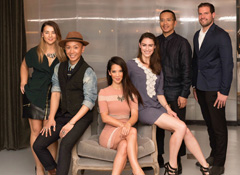 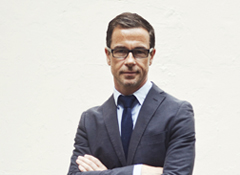 Meet the Journalist: Monocle editor Andrew Tuck
Andrew Tuck, editor at Monocle, talks about launching a premium weekly paper, its global take on the news – and the importance of exclusivity. Throughout December, Monocle [...]
Interviews
Request a Demo and Pricing
Connect on Social:
CIPR president Sarah Hall outlines her vision for PR in 2018