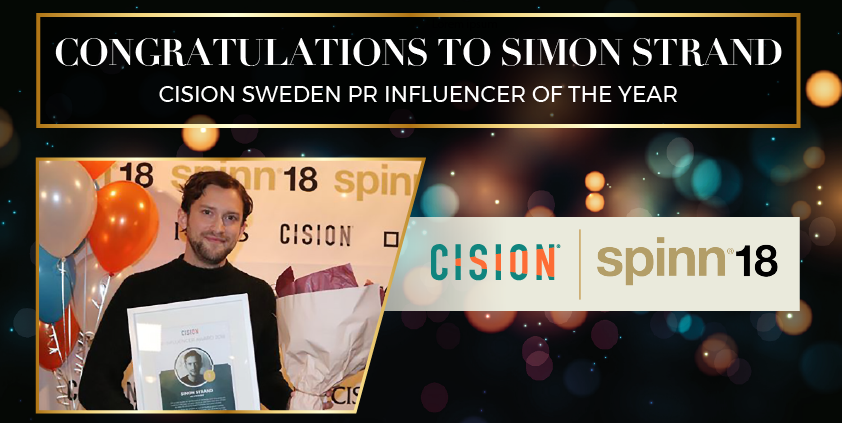 For eight consecutive years, Cision has sponsored the annual PR awards Spinn Galan in Sweden, and as a prominent partner have created a special prize for the most influential PR consultant in digital channels – the Cision PR Influencer Award.

Last year, Viktor Frisk was our winner, and in 2018 we’re thrilled to announce the holder of the title is Simon Strand.

Strand runs the PR agency 500 and has appeared frequently in Swedish national news during the year for his ability to mobilise his digital followers to take action in real life.

One of these campaigns concern one of Sweden’s most prominent football clubs, AIK Football, of which Strand is a dedicated supporter. Prior to the AGM, he proposed an alternative board proposal and managed to garner 924 votes to achieve a change of the board.

Ulrika Peyron, marketing manager Cision Nordics, said of the winner: “Simon’s engagement and ability to influence others shines through everything he commits to. With the stories format a focus for this year’s award, this was a major factor for why Simon is placed at the top.

With an excellent sense of understanding what his target audience reacts to, it’s well deserved that he can add the Cision PR Influencer Award 2018 to his list of qualifications.”

Simon added: “It is fun and also an honour that Cision and the Spinn Awards are highlighting the PR work that I’ve done during the past year. Attention can – when used properly – be a valid tool for change, and time will tell if I, along with those behind my work, will succeed in the long run. I am not done yet!” 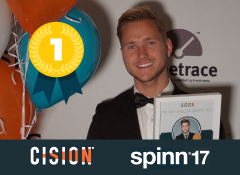 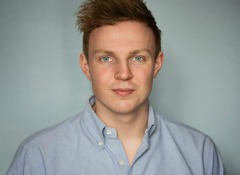