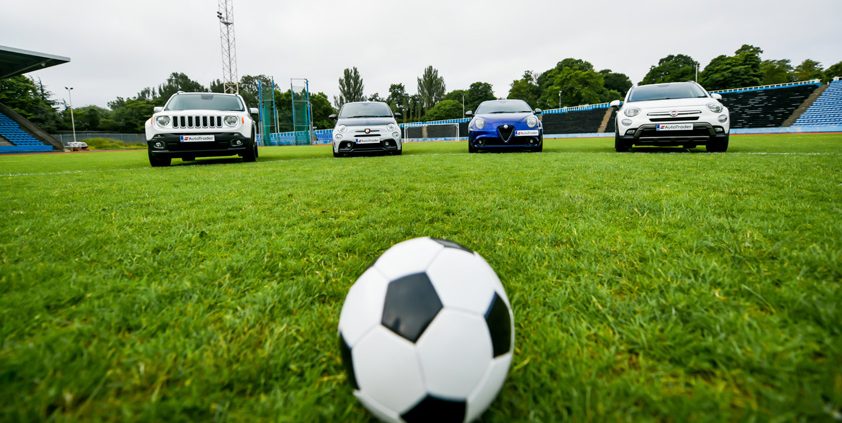 AmazeRealise helped Auto Trader capitalise on the World Cup despite not being a sponsor through its #AutoTraderGoals campaign, which evolved as England progressed through the competition.

While football might not have come home for England, Auto Trader, the UK’s largest digital marketplace for new and used cars, gained considerable cut-through this summer with its #AutoTraderGoals campaign.

AmazeRealise’s objective was to generate traditional media and social media engagement to drive awareness of the fact that Auto Trader sells new cars by capitalising on the FIFA World Cup, despite not being an official sponsor.

The premise for #AutoTraderGoals was simple: For every goal scored by England during the World Cup, Auto Trader would give away a brand new car.

Designed to mirror the England football team’s World Cup success, the campaign required a responsive team to react in real-time to what happened on the pitch, and to fulfil its promise of giving away a brand new car for every goal scored by England.

The multichannel campaign included a variety of PR, marketing and advertising tactics, including a partnership with UNILAD. The campaign’s official brand ambassador was former England World Cup star John Barnes.

What was originally expected to be a two-week campaign during the competition’s group stages swiftly evolved into five, following England’s unexpected success.

When Auto Trader gave away six new cars during England’s 6-1 victory over Panama, the pivoted and  created the fictional character of Auto Trader’s finance director, who became an unlikely hero for his ‘misery’ at signing-off the campaign. Within hours, the brand posted a spoof video featuring ‘Neil’, the finance director, praying for Colombia’s success in the final qualifying match.

Once the England team secured its place in the semi finals, Manchester City Council appealed for sponsors to help them pay for a public screening of the match. Auto Trader stepped in with just two days’ notice, offering England fans the chance to see the match for free with the largest TV screen in the country at 120 square metres.

This offer helped to generate unprecedented goodwill for the brand in the region and positive press coverage across all key national and regional media.

The brand activation saw #AutoTraderGoals feature prominently in social media chatter when England were playing, trending in the top ten for the UK on Twitter after every goal – and usually the only brand trending at that time.

Auto Trader’s real-time content and playful tone of voice mirrored the mood of the nation. In total, the #AutoTraderGoals hashtag was used over 270,000 times to enter the competition, with over 160,000 individual engagements.

With the help of On Broadcast, brand ambassador John Barnes was interviewed by 22 broadcast outlets including Good Morning Britain, Sky News, LBC, talkRADIO and Radio 5 Live. The brand received widespread national and regional press coverage throughout the World Cup, from the MailOnline to The Times.

More than 27 million homes around the country witnessed the Manchester screening, which featured prominent Auto Trader branding, from live press coverage of the event on ITV, as well as other national and regional press outlets. Photography were shared across the world through news picture wires including the Press Association and Getty.

The campaign helped boost Auto Trader’s organic rankings across a number of core new car related keywords, in particular “new cars”. This saw the website climb eight places in search rankings, from the bottom of page one to top position, while searches for “new car” had the website climb 25 places to second position.

The brand also saw a significant boost in specific make and model keywords associated to the campaign – such as the Abarth 595, which went up 25 places.

Auto Trader achieved a 62% share of voice across Twitter against its competitors, which included official World Cup sponsors Hyundai and KIA motors, which had 25% and 11% respectively.

Opinion: Why “PR” is having a renaissance
Brendon Craigie, co-founder and managing partner at Tyto PR, examines why PR professionals are once again adopting the PR moniker. The public relations industry is in the [...]
News Analysis
Request a Demo and Pricing
Connect on Social:
PR Case Study: Speed – Pitch Perfect for Pawchestra