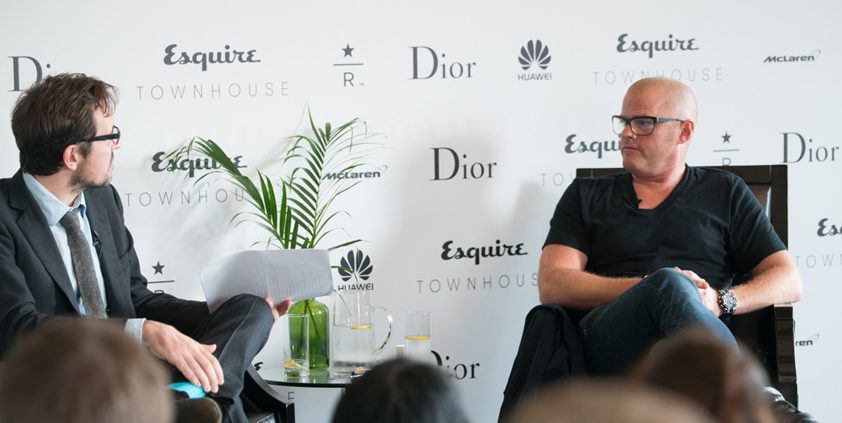 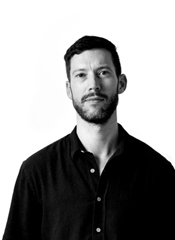 The Esquire Townhouse is returning to London’s Carlton Terrace on 12-15 October. What is it? How does the event embody the Esquire brand?

We are bringing the brand to life via four days of cerebral talks, lively panel debates, master classes and supper clubs – but in an intimate and upmarket environment.

Esquire’s food editor and the man behind Polpo, Russell Norman, is hosting a Venetian supper club. Editor-in-chief Alex Bilmes is talking to Man Booker Prize winning novelist Alan Hollinghurst about the books that shaped his life. Russell Brand, a former cover star and interviewee in our October issue, is giving a TED-style talk on addiction. And, as Esquire’s wellbeing editor, I’ve curated a fitness experience for readers at the weekend.

The event fuses a high-profile, red carpet event with an immersive multi-platform consumer experience. We have purposely selected a venue that has the aesthetic and appeal of a private members club (think Marks Club or Soho House) and allows the consumer to have a bespoke experience based on their interests.

The ground floor is set up for guests to relax, work or entertain. We have a lounge bar. Dior is headline sponsoring the event, and will host a pop-up “fragrance discovery” experience. We have a Ruffians barbershop, Leon coffee shop, shoe shining station, Lexus “sound lab” and much more.

We have capped audience numbers at 60, and 100 for headline events, to make them feel special and give readers a private audience with these inspiring individuals. Expect all events to be infused with Esquire’s signature wit, intellect and muscular journalism.

This year’s event features appearances from Paul Smith, Cillian Murphy, Charlie Brooker, Robert Webb and more. What do these people have in common? How does Esquire choose the celebrities it partners with?

They are visionaries in their respective fields – men who have a celebrated body of work and who continue to engage us with their projects. They excite admiration in the reader, are charismatic and we want to learn from them and be entertained by them.

For example, Esquire was the first magazine to cover Peaky Blinders when it premiered in 2013, for which we worked with Steven Knight on a set piece. Based on its cult following and engagement on esquire.co.uk, I knew that having Cillian and Steven in conversation ahead of season four would appeal. In fact, it was our first event to sell out!

The same thought process applies to the talent that we work with in print and online: individuals who have authenticity, who are making smart decisions and engaging us with their work.

Esquire established itself as a refined men’s periodical with contributions from Ernest Hemmingway, F. Scott Fitzgerald and more. But how has the publication evolved since it was founded in 1933?

We continue to evolve as consumer trends change, but are equally conscious about maintaining Esquire’s DNA: long-form, intelligent and provocative features with the most sought-after writers accompanied by cutting edge design.

Throughout its existence, Esquire has never been afraid to document and deconstruct the social issues and change of the times. In the 60s and 70s these were in the form of George Lois’ iconic covers of Muhammad Ali, Andy Warhol and Sonny Liston.

We continue to work with themes that provoke debate, but in a multi-platform way – which includes such events as The Esquire Townhouse.

In 2016 we produced a “feminism” issue – the first of its kind in our market. It was a collection of “cerebral essays”, think pieces and interviews co-edited by UN goodwill ambassador Emma Watson and Esquire’s editor-in-chief Alex Bilmes. We didn’t want to preach feminism to our audience, but instead engage them with a series of witty and interesting commissions featuring Tom Hanks, Caitlin Moran and Aziz Anzari – which ran in print, online and throughout the Esquire network globally.

The way we speak to the reader has evolved as we are no longer just a print medium. Esquire.co.uk now reaches over 1.5 million people a month, which requires a different execution. But our integrity and voice remain. As it turns out Esquire’s feminism issue was our most successful of 2016 and Caitlin Moran’s essay (12 things about being a woman that women don’t tell you – you should read it, it’s hilarious) became our most read online article of all time. So I hope we’re still doing something right!

How would you describe the typical Esquire reader?

He is 30-45 years old, urbane and engaged in the arts. He’s a “big thinker” and likes to be challenged and provoked by his engagements. He also likes the facts – no fake news!

What are your responsibilities at Esquire? And how does your role fit into the broader team?

I work across four titles – Esquire, Harper’s Bazaar, Town & Country and The Big Black Book – and for each title my role encompasses print, digital, events and press. It’s a dynamic role which means I get to work with a broad spectrum of people and as consumer trends evolve, so does my job.

A fundamental responsibility is to implement an annual talent and entertainment strategy for covers and inside features, which involves presenting a plan of who we should shoot, for what project and how to execute it across all of our platforms to give us a point of difference in the market.

Then, there are events – strategizing The Esquire Townhouse with Hearst Live and co-curating the programme of events with my colleague Will Hersey, the execution, the wider roll-out and the organisation of the launch party.

Also, strategizing and securing talent for the Harper’s Bazaar Women of the Year awards and the Bazaar Summit – a new initative launching in November.

I am also the health and wellbeing editor at Esquire and write a monthly page, The Macklin Regime, and stories for esquire.co.uk. I place cover press each month for Bazaar and Esquire. I am lucky to be part of such a talented team and, without wanting to sound like a loser, we’re all genuinely great friends. There’s a good vibe in our office.

Of all the pieces you’ve worked on since you joined Esquire, which are you most proud of and why?

That’s a hard question! Alex Bilmes and I came up with a list of our ultimate cover stars when I first joined Esquire in 2011 and I’ve managed to cross a lot of these off.

Kate Moss is one that stands out. It took a lot of perseverance to secure her for the September 2013 cover and getting Craig McDean to shoot it was a particular highlight as he’d never shot for us before.

More recently, Julia Roberts for Harper’s Bazaar’s November cover felt like a moment, given it is her first British cover in 15 years. These things are often a militant operation and you feel as though you’re ageing in dog years at the time. But when the stars align you definitely feel a great sense of achievement.

We have close relationships with PRs that help develop stories with us and the best features come out of having unparalleled and exclusive access – whether that be to celebrities, a product or experience.

Quality features are the ones that connect with the consumer and have legs outside of the brand. Ed Caesar’s excellent long-form profile on George Osborne in our September issue provoked debate and was trending on Twitter for some time.

Following allegations of doping, Chris Froome chose to speak to Esquire and embarked on a series of physiological tests which we published in a report. Subsequently, this became widely discussed within the national sports pages.

I worked with Tom Hardy on unprecedented access when he took our writer and photographer under his wing in Calgary for a number of days, while filming The Revenant. It was an intimate portrait of one of the most exciting actors of his generation. The cover feature, for Mad Max, ran as multiple covers within the Esquire network. It generated a plethora of column inches and that was reflected by a spike in circulation.

How should PRs get in touch if they want to pitch an idea?

If PRs don’t have an existing relationship and want to pitch an idea they should familiarise themselves with the magazine and put forward relevant content that speaks to our audience, or suggest a story angle. A blanket and very wordy release can sometimes get lost in our inboxes.

Oh, and make sure it is going to the right person. That might sound obvious, but my inbox is cluttered on a daily basis with emails about reality stars and maternity clothing (yes, really).

Which event are you most looking forward to at this year’s Esquire Townhouse?

Opinion: Why “PR” is having a renaissance
Brendon Craigie, co-founder and managing partner at Tyto PR, examines why PR professionals are once again adopting the PR moniker. The public relations industry is in the [...]
News Analysis
Request a Demo and Pricing
Connect on Social:
60 Seconds with Speed Communications’ Kelly Pepworth