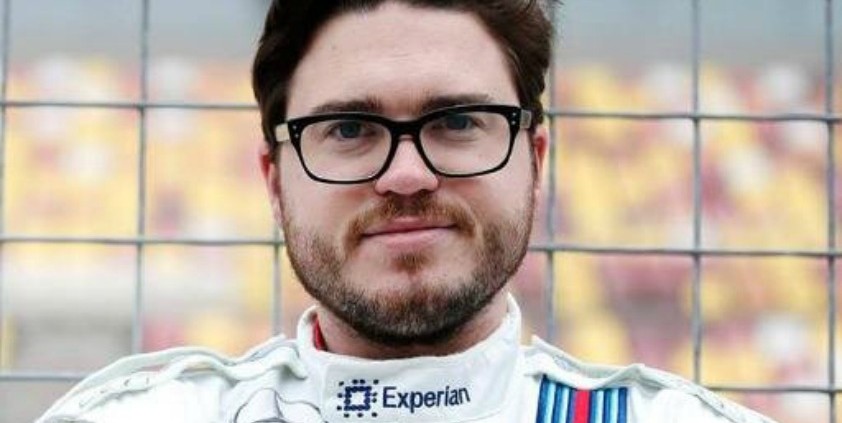 Ahead of the Monaco F1 Grand Prix this weekend, Gorkana catches up with Adam Hay-Nicholls, motoring journalist and Formula One correspondent for Metro, on being the king of blags, dancing on superyachts and why Metro readers are catnip for F1 sponsors.

You’re a freelance motoring, motor racing and travel journo as well as being Formula One correspondent for Metro – tell us more…

This is my tenth season covering Formula One. I started out as a staff writer on a daily F1 magazine produced by Red Bull, called The Red Bulletin. Since 2009, I’ve been freelance, writing for various titles, PRing a few drivers, and creating content for teams and sponsors – magazines, travel guides, that kind of thing. I also test drive fast cars for City AM’s Bespoke magazine and Hong Kong Tatler. When I’m not on the road I live in Paris.

Being an F1 writer sounds like one of the dreamiest jobs in journalism – what’s the reality?

It’s a great way to see the world, but it’s also a very tough environment in which to work, especially if you’re freelance. Travel expenses for a season exceed £25,000, so the pressure is on to get enough gigs to make it worthwhile. I still get a kick out of the jet-setting, but the novelty of race tracks quickly wears off. It’s also rather back-stabby, the F1 media centre, so you need a thick skin and eyes in the back of your head. Most journalists and photographers are doing the exact same thing as each other at every race, which I think is really boring so I try to do things that are a bit different.

There are 19 races on the Formula One schedule each year – do you go along to all of them?

I used to do them all. Now I do about 15, which is more than enough really. Monaco is everyone’s favourite because it’s such a classic, evocative street racing track and the parties are legendary. I set myself my annual ‘canapes challenge’ here, where I attempt to survive an entire week just on finger food. And who doesn’t like dancing on the deck of a superyacht?

I also enjoy Budapest, because the city and its ‘ruin pubs’ are such fun, and Austin is a fantastic town. I lived there once actually for six months. Singapore is cool because it’s a night race, and because of the strange working hours we have to stick to European time. It means we are forced to stay out till 6am, and we don’t have to get up till lunchtime. Kind of like university. Abu Dhabi is worth going to for the concerts they have at the track. In recent years we’ve seen Prince, Paul McCartney, Jay Z and Depeche Mode there.

What does a typical week look like for you?

Monday and Tuesday I’ll work from my apartment in Paris, and then Wednesday fly to wherever the race is. Thursday is usually concentrated around the drivers’ press conference and other interviews, and filing my race preview for Metro. Over the weekend I’ll attend sponsor events and parties for my lifestyle blog, www.f1socialdiary.com. Sunday’s the race, and then I’ll fly back home in the evening unless there’s a party worth going to.

In F1 everything has to go through the teams’ press officers. Some make a real effort to service your requests, while others are basically employed just to say ‘no’, which can be frustrating. Part of the problem with the promotional side of F1 is that there is no centralised PR department at Formula One Management, the company which runs the commercial side of the sport.

Bernie Ecclestone has been a visionary, and part of his success and the success of Formula One has been down to control. However, you need to balance that by acknowledging the shifting media landscape and proactively promoting the sport to a young and increasingly global audience.

It’s also not set-up to deal with bad news effectively. So many of the challenges and scandals to have affected F1 have, in my view, been mishandled and the only reason it has survived these potholes is because the individuals involved have had the money and influence to steamroller them.

It would be really great if they’d suggest stories or exclusives, but to be honest, among the team PRs, that doesn’t happen very often. I think they tend to overlook Metro, maybe because the teams aren’t based in London and so they never see it. They haven’t wised up to the fact that Metro’s young and upwardly mobile readership is catnip for most of the sponsors.

The PRs of the sponsors themselves are often more proactive and will actually reach out and offer stories, access etc. The main things I’m interested in are one-to-one driver or team boss interviews, behind the scenes access, or accreditation for newsworthy events. For my lifestyle blog I’m interested in things which have a fashion, celebrity or social angle with a motoring or motor racing connection.

What’s the best way for them to get in contact?

What’s the most common thing you have to tell PRs you don’t cover?

Sometimes I get invited to cover other racing series, not F1. It depends if there’s an angle, but usually the only racing Metro covers is F1, occasionally rallying, and maybe something big like Le Mans or the Indy 500. They’re not going to run a story on touring cars.

You’ve had a few PR roles, including being Motorsport PR manager for Group Lotus. Does that change the way you deal with PRs?

As a journalist you aim to be independent and unbiased but as soon as you’re aligned to something commercial people see you as that company (even when your policy is transparency, not spin), and so it is difficult to balance the two roles.

I’ve had some great experiences, including driving Fernando Alonso’s Renault F1 car and hitching a lift on a record-breaking round-the-world private jet flight. Ferrari, Aston Martin and Rolls Royce are very generous in lending me cars quite often. There have also been some pretty epic hotel suites that I got comp. My favourites would probably be The Point in the Adirondaks, the Aman Sveti Stefan in Montenegro, and Sri Panwa in Thailand. All very different, but luxurious and characterful.

And finally, you’ve written two books on Formula One – any other projects in the pipeline?

I produced a cover shoot for Vogue Spain some time ago, shot in the F1 paddock, and I’m planning to do another shoot with an F1 angle for them this year. I’m also trying to get a TV show off the ground, and I’m helping a pilot friend stage a private jet race – kind of a Cannonball Run in the sky, if you will.

Meet the Journalist: The Brighton Beezer publisher, Ilana Fox
Ilana Fox, the woman behind The Brighton Beezer, tells Gorkana’s Ona Zygaviciute about why she launched the publication, what makes it unique – and the role print journalism [...]
Interviews
Request a Demo and Pricing
Connect on Social:
Gorkana meets…The Scotsman Online Gorkana meets…BBC Radio 1 and 1Xtra’s Newsbeat
Scroll to top
Cookie Policy