Patrick McPartlin, deputy digital editor at The Scotsman, on covering news during a momentous year for Scotland, why PRs are essential for feature content and playing up the Scottish angle in a pitch.

You were appointed deputy digital editor of The Scotsman in February – how have things been going? 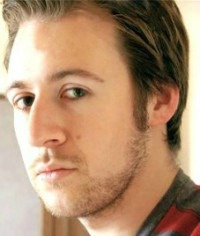 It’s been going really well. I’d been acting in the role for a while, so it’s not been too much of a culture shock. There have been some big and, in parts, difficult stories to cover in my first few weeks, including the death of the independent MSP Margo MacDonald, Hearts’ ongoing administration and the tragic death of a 12-year-old pupil at an Edinburgh high school, but that’s part and parcel of the job.

It’s a great role to have though. I’m still enjoying it so far which is probably a good sign! Plus, no two days are the same, and there’s a certain element of the unknown every time I come into work which keeps things fresh and interesting.

Talk us through the different sections on the site.

Our main sections are News, Sport, Business, Lifestyle and a What’s On section, which focuses primarily on Scottish arts events. All of these sections will then have a number of sub-sections.

We’ve also introduced a section devoted entirely to the upcoming referendum on Scottish independence. Also, our heritage section, in which we focus on a number of Scottish topics, including history and language, is a big hit with both Scots and those further afield.

Our newly-launched video section is blossoming as well, and we’re looking forward to really making the most of that in the coming months too.

Can we get some stats about the average reader of The Scotsman Online?

There isn’t one to be perfectly honest. One of the strengths of our site is that we can attract a wide range of visitors. For example, the fact that Outlander is being filmed in Scotland at the moment has brought a lot of US-based visitors to our site who might not have earmarked The Scotsman as the place to get Outlander updates.

Our coverage of various sports, education, health, technology, arts and even bizarre news stories means that we’re aware of a very mixed demographic on the site which in turn widens our options for content.

Plus, our use of social media, in particular Twitter, Facebook and Google+, tends to extend that even further.

Do all stories on the site need to have a Scottish element?

Not at all, although understandably a large percentage do. For instance, with the upcoming referendum on Scottish independence, similar campaigns like the Catalan independence movement, or the situation in Quebec are gathering prominence as those debating the issue look for comparable situations. And given the site’s Scottish independence sub-section, it makes sense to cover contemporary scenarios.

We don’t limit non-Scottish coverage to foreign politics, though. If there’s a story that we think is interesting enough to appeal to our audience then we’ll look into putting something on the site – from major natural disasters to light-hearted stories at the quirkier end of the spectrum.

And obviously sport is a different story altogether what with European football, Six Nations rugby and various golf tournaments. It’s nice to have a Scottish link but it’s less crucial in our sports coverage.

PRs are a big help for sourcing feature content. We get a number of PRs contacting us about whisky-related stories, or Scottish mobile apps, etc. The list really is endless, but we’re always keen for Scottish features or ideas with an intriguing, or unexpected, Scottish twist.

And naturally, we’re eager to build relationships with firms or individuals who can provide us with different or creative ideas with that Scottish angle and with those who ‘get’ what we do.

What is the best way for them to get in touch?

Nearly always by email. It’s much easier to dismiss a pitch over the phone if it’s an especially busy day, but I’ll always notice relevant or interesting ideas in my inbox.

I have been contacted on Twitter a few times as well though, which is a bit different to the usual methods – so even shunning conventional methods can work!

What’s the most common thing you have to tell PRs you won’t cover?

I don’t think there’s anything specific that crops up more than others, although local events outside Scotland tend to be rejected. As do case studies for stories we haven’t covered. We tend to reject pitches that are just lengthy lists of things as well.

What key meetings should PRs be aware of?

We tend not to meet at the same time every week, but mornings are probably the best time to send pitches over, as it helps us plan for the rest of the day and there’s a greater chance we’ll be able to use any good ideas pitched to us on the same day.

Play up any and all Scottish references. No matter how daft you might think it is, there’s a chance we’ll think it’s brilliant, or at the very least, worth covering.

Know who and what you’re dealing with. A little research could prevent a wasted phone call for both of us.

If we reject something, don’t try and rehash it into something you think we’ll like. I personally tend to decide very quickly if there’s potential in a pitch, no matter what way it’s presented.

We’re open to video content and anything a little different. If you’ve got an unusual pitch, it’s always worth sending it over on the off-chance.

What’s next for The Scotsman Online?

It’s obviously a huge year for Scotland, with the independence referendum, the Commonwealth Games in Glasgow and the Ryder Cup at Gleneagles all within a few months of each other. The country is going to be in the global limelight for all those events, and the chance to be at the forefront of that is a golden opportunity and one we’re all relishing. As far as future plans go, I’m afraid my lips are sealed. You’ll just have to keep an eye out in the coming months!

Meet the Journalist: The Brighton Beezer publisher, Ilana Fox
Ilana Fox, the woman behind The Brighton Beezer, tells Gorkana’s Ona Zygaviciute about why she launched the publication, what makes it unique – and the role print journalism [...]
Interviews
Request a Demo and Pricing
Connect on Social:
Gorkana meets…Evening Standard food editor