Cision features nine times on the shortlist for the AMEC Awards 2017, which has just been announced. 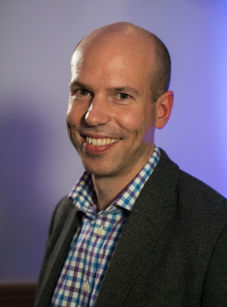 The winners will be announced in May at the AMEC International Measurement Summit in Bangkok.

Entries, featuring Cision’s work for Samsung, Slimming World, the Stroke Association, Museum of London, TD Bank and more, have all made the shortlist for a range of categories including Best measurement of a consumer campaign and Best use of integrated communication measurement/research.

Cision has three entries in the Best use of a measurement framework category as its work for the Best Practice Framework, Museum of London and Slimming World has all featured.

The full shortlist, featuring 18 categories overall, can be found on the AMEC website.

Paul Hender, head of insight at Gorkana, said: “We are thrilled Cision has been shortlisted nine times in the awards this year. There’s lots of competition for an AMEC Award and 2017 is no exception, so we are really pleased to be represented so heavily as the awards and annual summit gear up to make their debut in Asia.”

Barry Leggetter, CEO of AMEC, added: “We were delighted to receive a record number of entries for the AMEC Awards this year. Being shortlisted is a win in its own right because it shows that the work is outstanding on an truly international level.”

The AMEC Awards presentation event takes place in Bangkok, during the AMEC Global Summit, on the evening of Wednesday 17 May.

Our key takeaways from CommsCon
We promised that CommsCon would be a day of discussion, insight and debate, and judging by the response we’ve had from our delegates, we are delighted to have lived-up to the [...]
Industry News
Request a Demo and Pricing
Connect on Social:
davies tanner wins PR brief to launch ICC Wales Nissan Europe hires Microsoft’s Jesse Verstraete
Scroll to top
Cookie Policy