WE Communications and Aruba used a research-based campaign to make the benefits of networking technology clear to a wider business audience. The GenMobile campaign focused on amplifying the advantages of flexible working, mobile devices and maintaining good security practice. 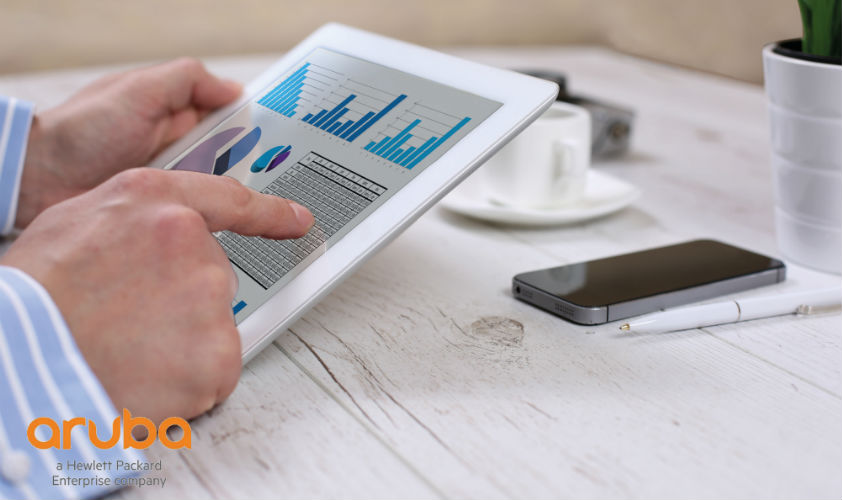 Objectives
Aruba, a Hewlett Packard Enterprise (HPE) company – known as an expert in networking technology -needed to extend its messaging beyond IT managers to establish a more business-focused perspective. This would capture the attention — and therefore the support — of the C-suite, giving IT managers the backing they need to establish smarter networks that would allow employees to securely exchange information, wherever they are. However, broadening the conversation was just the beginning.

After conducting global research, WE Communications unveiled a key behaviour that ultimately laid the foundation for its progressive campaign: people’s desire to stay mobile.

Because the global workforce is always on the go, workers are constantly sending confidential information from mobile devices, such as smartphones and laptops. Thus began Aruba’s #GenMobile campaign: the beginning of a three-part (and running) launch that shifted the conversation from tech talk to a business-centric dialogue.

Strategy and implementation
Phase one was focused on building awareness around how employees were working online when outside the office, and the sacrifices they were willing to make in order to maintain the convenience of working while on the go. For example, research revealed that the majority of employees would take a 10% pay cut in exchange for the ability to work from home just one day a week.

Phase two presented another reality: employees weren’t following best practice when sending sensitive information from their mobile devices. In response, employers often restrict online access, blocking sites and preventing staff from logging on when away from the office. But that makes for a very poor employee experience. Aruba offered an alternative: keep the information flowing and simply monitor traffic through a secure network.

Businesses that choose option two see a high return on their investment with a more productive, loyal and motivated workforce than those that restrict access. That was the message delivered in phase three. When you keep your employees happy, your company thrives. And with the help of The Economist Intelligence Unit, Aruba had a comprehensive report to prove it.

Results
Equipped with a new brand voice and an integrated campaign driven by an informative and compelling narrative, Aruba quickly made a name for itself in the tech world. So much so that, even after being acquired by HPE, it continues to invest additional resources into the ongoing development of its powerful narrative.

To date, the campaign has earned Aruba over 420 press clippings worldwide. That, combined with a five minute interview with CNBC Europe, successfully reached a captive audience of well over 300 million people.

Aruba also saw impressive results from a business perspective, generating 6,000 new sales leads, 260 of which were qualified with a potential value of $9,500,000 (£7,600,000). Ninety of these (so far) have generated a total of $1.8 million in additional revenue. And, for every $1 spent, the return on investment has equalled $11 in confirmed sales.