To celebrate the 45th anniversary of the Mr. Men and Little Miss children’s series, Aduro Communications created the first ever ‘Mini Museum’, designed specifically for children, with the creation of a virtual archive. 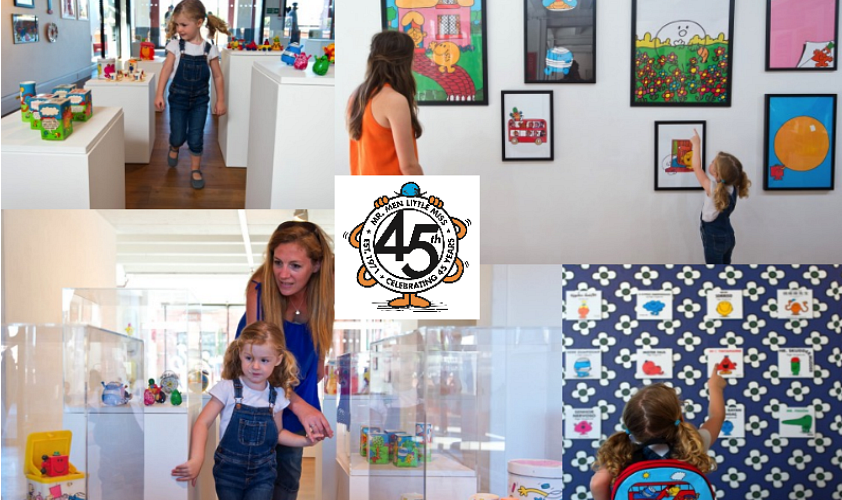 Aduro designed a family friendly campaign that put kids at the heart of a real-life experience, creating the first ever ‘Mini Museum’ designed specifically for children with a nostalgic element to appeal to millenials and press through the creation of a virtual archive.

The agency devised and ran an event with media angles that worked across its audiences’ most-consumed media; radio, online and print, simultaneously hitting all their touch points. Capitalising on the brand’s 45th anniversary, the team created a variety of assets to give press a strong hook to talk about the campaign.

To bring the campaign to life, Aduro:

Aduro provided a platform for fans to upload pictures of their own treasured Mr. Men Little Miss memorabilia, engaging the brand’s audience to help rebuild their archive.

2. Brought the archive to life

The agency designed a news-worthy, week-long ‘Mini Museum’ to help the brand reconnect with both families and millenials. The Mini Museum, a world first exhibition designed specifically for children, was made up of rare and unusual Mr. Men Little Miss memorabilia donated by fans and held at the Oxo Gallery on South Bank.

3. Created a bank of press assets to celebrate the 45th anniversary

Offering press a variety of angles and news stories, the team created a bank of media assets from consumer research, video content and new Mr. Men and Little Miss characters, bringing the activity to life.

Client testimonial:
“ Our objective was to launch an online archive for our fans to interact with and to remind the British public of their ongoing love for this classic property. The outcome surpassed our expectations on a number of counts. Not only in terms of the quantity of engagement (visitors to the Oxo Tower, turnover of the pop up store, and uploads on to the archive) but raising the Mr. Men profile with existing and new partners by reinforcing the breadth and popularity of this brand and internally lighting a fire in the creative team about new (and vintage directions) we can take Mr. Men.  We are now looking at how we can build on this momentum with a regional tour in 2017.” Lisa MacDonald, vice president, Mr. Men Ltd

“It’s fantastic to see the characters displayed like this, having their own exhibition really shows that they are a modern classic.” Adam Hargreaves, Mr. Men and Little Miss illustrator and son of creator Roger Hargreaves

Opinion: Why “PR” is having a renaissance
Brendon Craigie, co-founder and managing partner at Tyto PR, examines why PR professionals are once again adopting the PR moniker. The public relations industry is in the [...]
News Analysis
Request a Demo and Pricing
Connect on Social:
Opinion: The digital future of stakeholder engagement B2B Case Study: GenMobile
Scroll to top
Cookie Policy