Communicators can deliver content optimised to reach consumers at the right time and in the right format if they put themselves in the driving seat, says Marcus Sorour, general manager at WE UK. 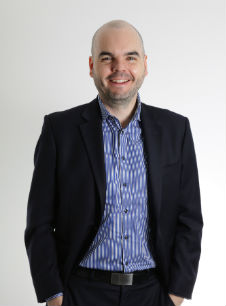 My wife and I spent months researching the perfect car to buy for weekend getaways, emergency trips to the vet and the occasional recycling depot visit. We wanted it to be safe, stylish, environmentally-friendly and economical to run, and went about finding a car that matched all of our criteria.

After a period of contemplation and research, the car we eventually settled on was an apparently controversial choice.

I won’t name and shame, but it is a model or marque that many of our friends, review websites and, even, strangers on social media, described as ‘Marmite’ thanks to the way that people either love or hate it.

Clearly, I’m in the former camp, but the the whole car-buying experience, and many ways it can be influenced, got me thinking about how complex the modern buying journey is and how challenging it is for brands to get their messaging across to the right people, in the right way and at the right point in the customer’s decision-making process.

In order to better understand the impact that a third party can have during the sales process, WE teamed up with YouGov to produce a report that looked into consumer buying habits across a number of sectors, including electronics, personal care and automotive.

The survey, conducted in the UK and Germany, found that word-of-mouth and search engines are the go-to sources for information pre-purchase, followed by review sites.

Beyond these channels, customers are further influenced by so-called ‘dark social’ platforms, such as WhatsApp and Facebook Messenger. When I started out on my car-buying journey, I chose to send an instant message with an embedded video link to my wife. But this method of communication creates a challenge for public relations and social media managers, as it can be tricky to influence and measure.

However, this fragmented buying landscape, spanning multiple stakeholder touch points, media channels and devices, also creates an opportunity for PR professionals. It gives communicators the chance to deliver distinctive content and memorable engagements, optimised to land at the right time, in the right format and on the right device or platform. The content could both educate and influence those opposed to recommending a brand based on a previous experience or misconception.

A recent example of a brand who got this right is Nissan – which kept audiences engaged with its #DoItForUs Olympics campaign. The campaign pranked Team GB athletes, filming their reactions on hidden cameras. The TV spot was supported by activity on Facebook, Twitter and YouTube throughout the games, and coincided with the launch of the electric car, Nissan LEAF.

As I was forming my decision to buy the ‘Marmite’ car, I was influenced by the mixed reviews I heard and read both on and offline. At any point, a timely piece of content or campaign-work could have diverted me from that buying journey. That’s why multi-channel, optimised content is a valuable tool for PR professionals.

Opinion: Why the north offers a world of comms opportunities
Alex Pegler, account manager at Higginson Strategy – which has offices in both London and Chester, explores how the northern powerhouse can drive comms opportunities [...]
News Analysis
Request a Demo and Pricing
Connect on Social:
Opinion: Five ways the Great British Bake Off can enhance a brand’s p... Opinion: Making the most of employee-led storytelling
Scroll to top
Cookie Policy