Tabatha Leggett, senior staff writer at BuzzFeed, on the ever-growing news team, the importance of shareability and why PRs should never send pre-written listicles.

You joined BuzzFeed a year ago – must be very exciting to be part of the team at a time when it’s growing so quickly? 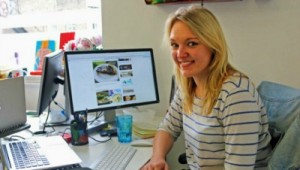 Absolutely. There were only three members of staff at BuzzFeed UK when I joined, and we were working out of a shared office space. Now we have an editorial team of around 30 and are about to outgrow our third office. Stats wise, there are more than 175 million unique visitors worldwide (including the US).

You’ve just taken on regional content at BuzzFeed. Tell us a bit about your role.

Because our team is based in London, we’re especially keen to commission identity posts from freelancers based elsewhere in the country. In the last few months, we’ve published pieces including 53 Reasons Edinburgh Ruins You For Life, 25 Reasons You Should Fall In Love With A Welsh Person, and 19 Signs You Were A Brummie Teenage Goth.

But I also commission posts from freelancers who have something different to bring to the table – pieces that tap into an identity that we couldn’t write about from within our office. For example, we’ve published 18 Things Every Hijabi Is Tired Of Hearing, 22 Secrets Air Hostesses Will Never Tell You, and 21 Things That Only Ever Happen On Yom Kippur.

Freelance journalists who think they can write something sharable that our staff can’t produce themselves ought to email me: tabatha.leggett@buzzfeed.com.

I get in at 9am, check yesterday’s stats and get on with commissioning, editing, and writing posts. I usually leave the office at 5pm.

A small group of us sit down for five minutes at 10am each morning to confirm what everyone will publish that day. Then, once a week, we have a group brainstorm, focussing on a broader topic.

How much content do you produce each day on average?

I tend to write between one and two pieces a day, alongside editing and publishing a piece from a freelancer.

We don’t tend to work with PRs much. However, if you are looking to schedule a celebrity interview, you should get in touch with our celebrity editor, Kimberley Dadds.

What should PRs avoid when pitching?

Sending us pre-written lists, asking us to review something, and constructing stories around what they’re trying to promote.

Do you have time to meet PRs or attend events?

If the meeting or event has a specific purpose, absolutely.

Where do you turn for inspiration when pulling together a listicle?

The main thing to consider when putting together a list is that is must be shareable. Regional pieces also ought to appeal to an identity (e.g. Brummies, people who grew up in Wales in the ’90s, Northerners who’ve moved down south, etc). Additionally, they ought to incite a shareable emotion (e.g. “Manchester looks so fun, I ought to visit”), or contain an element of nostalgia (e.g. “Wasn’t growing up in the Scottish Highlands infuriating?!”).

And finally, what has been your most clicked story this year?

61 Things You Probably Didn’t Know About Friends, which did more than three million views.

Meet the Journalist: The Brighton Beezer publisher, Ilana Fox
Ilana Fox, the woman behind The Brighton Beezer, tells Gorkana’s Ona Zygaviciute about why she launched the publication, what makes it unique – and the role print journalism [...]
Interviews
Request a Demo and Pricing
Connect on Social:
Gorkana meets…Love Sunday