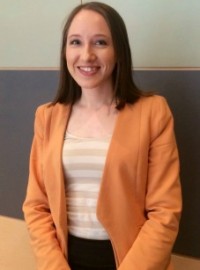 for planning and coordinating a lot of our sports content, in addition to directly producing bulletins that go to air. We have seven bulletins per day that feature within Al Jazeera Newshours, each about six to eight minutes in length.

Doha can be a challenging place to live, at times. You tend to miss greenery and being outdoors when you live in the desert! And it is quite a different way of life from London or Sydney, for example. But I’m very grateful for the experience. Qatar is an incredibly diverse country.

You started your broadcast career on community radio when you were just 14 – when did you realise you wanted a career in broadcast?

Not long before that point – in my early teens. I loved sport, I loved public speaking and the two were a good combination. Deciding on a career early really gave me a head start in the industry. I had four years of broadcasting experience by the time I started university. And I began working as a producer/reporter at Sky News in Australia by the time I was 19.

Tell us about the typical Al Jazeera viewer. What sport appeals to them most?

I think the beauty of Al Jazeera is that we don’t have a typical viewer. We broadcast to more than 100 countries right across the globe so it’s important that our news appeals to a very diverse audience rather than one type of person. Instead of prioritising one particular sport, we are devoted to focusing on important issues affecting sport, and meeting interesting people involved in sport.

The sports content market is a pretty crowded one – how does Al Jazeera stand out?

I think we stand out for, firstly, a couple of the reasons pointed out above. Our focus is not directly on sports results or highlights, but on identifying and explaining interesting issues and stories. But I believe our global network of resources is what really stands us apart. We have more than 65 bureaus across the world. Our content could include a boxing story from Zimbabwe, a surfing story from the Philippines or rugby in Argentina. During this year’s World Cup, I counted that we had stories or live reports from 20 separate countries.

What are the main challenges of being a sport journo?

When working as a part of a news channel, rather than a sports channel, you learn to accept sport’s position in the hierarchy. The Champions League results, for example, don’t really matter compared to the Israel/Palestine conflict. So it’s a matter of understanding the role you play in the balance of the channel, knowing how to keep your content relevant, interesting and in-line with the news style. In my previous job in Australia, I found the repetition of the sports news cycle particularly challenging. The same events would happen at the same time every year and the story would be the same every time. The challenge is finding something new and interesting.

Are there any sports that you wouldn’t cover?

We will cover any sport as long as there’s a good story behind it!

To be honest, I don’t deal with them that often in Doha. We’re the centrepoint for content – while our reporters and producers are out in the field across the world gathering stories. But on the whole, PR plays a very minimal role in our output. We are focused on finding our own stories, rather than having them delivered to us. We say no to a lot of free trips and interviews that are offered to us because it doesn’t fit into our style. And we don’t have the commercial incentive that other networks may have.

Involving us in stories and events that are likely to have a global, rather than just local, appeal is important. We are also a lot more likely to attend an event where the relevant people are made available to speak to us on a one-on-one basis. I know that in Qatar, specifically, events are missed simply because they are not flagged to us.

Who would be the dream sports interview for you?

Sir Alex Ferguson. He just has an aura. My favourite interviews to date were with F1 great Sir Jackie Stewart, and Australian football legend Joe Marston.

What should PRs think about before pitching an idea?

Understand what our channel and news style is about. Most of the time I’m approached by people or companies who clearly don’t understand what we might be interested in.

And finally, we hear you’re a big fan of Blackburn Rovers – how did an Aussie end up supporting them?

It’s very simple. At the time where English Premier League started becoming more available on Australian TV, Blackburn had a couple of Aussies playing with them. First Lucas Neill, then Brett Emerton and later Vince Grella. They were doing well at the time and I liked the ‘battler’ feel of the team. It’s been much harder to watch them play on the TV since they’ve dropped out of the Premier League!

Meet the Journalist: The Brighton Beezer publisher, Ilana Fox
Ilana Fox, the woman behind The Brighton Beezer, tells Gorkana’s Ona Zygaviciute about why she launched the publication, what makes it unique – and the role print journalism [...]
Interviews
Request a Demo and Pricing
Connect on Social:
Gorkana meets…Trinity Mirror