Ben Isaacs, sports editor at ShortList, on playing tennis with Pete Sampras, the importance of access and exclusivity and why PRs with ideas for the World Cup 2014 should get in contact now.

You’ve been in the role for nearly a month. How has it been going? 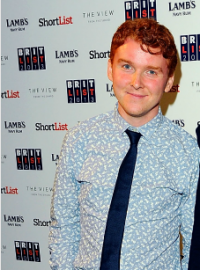 Busy. I was already covering sport and fitness but since making this title official, we’ve been presented with far more interview opportunities and training events than ever before. In the middle of all this, an interview I did with author James Ellroy in LA last year was in the magazine and went viral around the world. So I’ve also been fielding questions about that.

What sport content tickles the fancy of ShortList readers?

Our readers love football, but all the big sporting events register on their radar. For example, during the 6 Nations, within Man:Machine we’ve gone big on what readers can learn from international rugby players. Lots of our readers are keen cyclists so we’ll be making the most of the Tour De France starting in Yorkshire to provide them with some unmissable insight that will make any man faster and more efficient.

How much sport features in the average weekly issue?

There’s a sport story in the Notebook section most issues, tying into whatever’s happening that week. We have regular sport-related features as well, covering anything from homosexuality in football to a guide to the 2013 Lions squad touring Australia. As well as that we have two pages of sport and fitness advice within Man:Machine every week.

You also cover fitness – tell us about that…

Our readership is full of keen gym goers, cyclists, runners and more. Our Man:Machine section is a great resource for them because we fill it with useful tips and information from experts to help men reach their goals. Whether you want to cycle to the office quicker, look great in a T-shirt or know what foods to swap from your diet to lose weight we’ve got you covered.

I’m in the gym most lunchtimes – partly so I’m in decent enough shape to train with the Welsh rugby team, play tennis with Pete Sampras or whatever else is coming up (I’ve done both of those in the past couple of weeks). Last year we held the inaugural ShortList Triathlon and it’s great to help our readers push themselves further. We also love testing out the latest kit, be it bike gadgets, running tops, football boots, protein powders or whatever. These are things we know our readers spend money on.

Give us great access and exclusive action shots. Too often we’re offered shots of a bored looking sportsman holding a product.

What should PRs be thinking about when pitching ideas?

We have a larger circulation than all our rivals put together so you should come to us first. If it’s access to a sportsman we want to know if it will be exclusive and if we can get out and do something with them.

What’s the best way for a PR to get in contact?

I’m not always around my phone and rarely get the chance to check my voicemail (sorry) so email or even Twitter (@tweetsfromben) is preferable. Lay out your idea in a short email (without huge attachments please) and if it’s of interest I’ll get back to you when I can.

Top tips for PRs when pitching?

Make sure you’re familiar with the magazine. At least once a week I’m emailed asking if I’d like to do a story on a women’s health issue. Don’t ask for copy approval – we’re not going to stitch anyone up, it’s not our style. Don’t call me Benjamin – it’s not my name.

Which sports personality would you most like to interview?

Diego Maradona. In my dream scenario we’d style him, shoot some amazing pictures and get him to hold court on everything that’s right and wrong in football now. Can you imagine if he was in his prime now and tearing up the Premier League?

How does online content for sport differ from the magazine?

The Shortlist.com team do a lot of fun sport stuff but with the website being more entertainment focused it has a slightly different approach to the main magazine. I have no control over what I’ve worked on will go online nor do I write anything sport-related for the site so PRs should be aware that no matter how much great video content you offer me you will have to speak to the online team. It’s out of my hands.

I’ve never provided sport content for them. Sport isn’t a priority for Mr Hyde but members of that team have been or will be working on some fitness content for Man:Machine in the mag. Despite all the restaurants and bars they visit they keep in pretty good shape.

Are there any sports you won’t cover?

We’ve shied away from UFC and MMA in general because it doesn’t fit our brand profile. I can’t imagine fishing breaking through either. I wouldn’t rule out darts but it’s unlikely. We’ve had some terrible luck in the world of boxing with fights being cancelled the week of a feature and even someone unexpectedly retiring a week before we were going to run an interview with him, but boxing has remained on our agenda.

Finally, what have you got planned for the World Cup 2014?

I can’t say too much because it’s still under wraps but I’ve been working on our coverage since January. There will be several weeks of brilliant stories building up to the big kick off. The issue that comes out when the World Cup starts will be one that every sports fan will want next to the TV throughout the tournament. That much I can guarantee. It’s going to be a very exciting couple of months of coverage. Any PR with access and ideas should get in touch ASAP.

Meet the Journalist: The Brighton Beezer publisher, Ilana Fox
Ilana Fox, the woman behind The Brighton Beezer, tells Gorkana’s Ona Zygaviciute about why she launched the publication, what makes it unique – and the role print journalism [...]
Interviews
Request a Demo and Pricing
Connect on Social:
Gorkana meets…talkSPORT