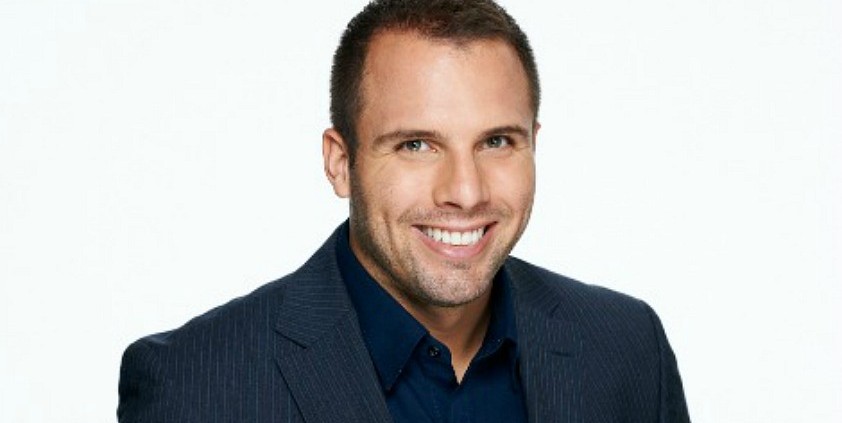 Dan Wootton, new Sunday showbiz editor at The Sun on Sunday, on the imperative of exclusivity, being unashamedly mainstream and why he isn’t interested in PR puff.

You’ve just started at The Sun on Sunday and you’re about to launch a new double-page showbiz column. How are things going?

Really well thank you. I started in August and my column launches on Sunday September 15 so I’ve had a bit of time to plan exactly what we’re going to do which is great. It’s going to break big showbiz stories every week, have a lot of attitude and be unashamedly mainstream in terms of who I write about.

I can’t wait to get started. In the meantime though, I’m still looking for showbiz exclusives and writing celebrity interviews for the paper. We’re also recruiting for the Sunday edition and putting together a new showbiz team so that’s exciting too.

You’ve had quite a career to date. Tell us about it.

I’m New Zealand born and bred, so I got my start in the media back home. I wrote for the youth pages of Wellington’s newspaper The Evening Post while I was still a teenager. Then when I was still at university I got a job as the entertainment columnist for The Dominion Post, which is a national broadsheet. I also spent a year working in TV, both on screen and as a producer. But I have a British passport because my parents were born here so I moved over when I was 21 to try my luck. Nine years later I’m still here! I started working in the financial trade press and then got a job on Broadcast Magazine, where I worked for 18 months.

From there, I was approached by the News of the World to be their TV reporter. I went on to be TV editor and then showbiz editor until the paper shut. After a couple of months off travelling, I spent two years as a columnist and celebrity interviewer for the Daily Mail and editor at large at Now Magazine.

You also cover showbiz for ITV’s Lorraine. How do you juggle the roles?

It’s really easy actually because there’s complete synergy between the two jobs. Quite often I’ll be at a big event for the newspaper, like the Brits, and will be talking about it on Lorraine the next morning too.

What sort of showbiz content are you keen to feature?

A Sunday paper is all about big exclusive stories so I’m always interested in tips. Revelatory showbiz interviews are also a focus for me. But for my column, exclusive pictures and quirky information can sometimes work too.

How much do you rely on PRs for help accessing celebs/celeb tip offs?

In terms of access, it’s incredibly important. I value my strong relationships with entertainment PRs across music, TV and film. But at the same time, The Sun is unique in that it can offer entertainers a readership of millions. An interview in our paper can have a massive impact. As a result, we’re not interested in PR puff like copy approval or celebrities who will only talk about the hair straighteners they’re launching. There’s always a balance to be had.

How do you like to be approached by PRs?

Email is always best at first. I’m not one of these journalists who ignores emails either, I will always reply promptly even if it’s about something that isn’t going to work for me. I’d usually only phone if it’s something particularly urgent where you need an immediate answer.

Know what I write about – I’m shocked by the number of calls I get asking me to include something in my non-existent gift guide or reviews section. If we haven’t met, don’t talk to me like we’re best mates because it’s a little unnerving! Be upfront about what you require from whatever you are offering because then I can give you a straight answer about whether it’s going to work.

How important is exclusivity?

Imperative for a Sunday newspaper. Again, I’m surprised by how many times I’m offered stories that are going to be released on a Thursday. Clearly, we’re not going to be able to write about that in Sunday’s paper!

It’s incredibly important now and the online team in particular is interested in all sorts of showbiz video exclusives. But I also want my exclusives in the paper to have some form of video element wherever possible.

What are your key meetings/deadlines for the week and when should PRs be feeding in ideas?

The key conferences for the Sunday paper are on Tuesdays at 4pm and Thursdays and Fridays at 5pm so it’s helpful to hear any story or interview offers before then. Then on Saturday it’s helpful to have any stories before conference at 10.30am.

You’ve joined just as The Sun launched its digital paywall – how are you planning to adapt your content for this new world?

As I said before, it makes video content much more important so that’s a focus and something I’ll be looking at closely with my new column.

You’ve got more than 260,000 Twitter followers. That’s more then some celebs! How did you manage that?

I was the first newspaper columnist in the UK to include my Twitter handle on my column so that was helpful. At the time, a lot of the executives I worked for thought it was all a little strange but let me go with it! Now it’s completely common practice. I also think it shows the hunger there is for exclusive news and opinion about showbiz online. My followers know I’m always prepared to be honest on Twitter, which is in contrast to a lot of sycophantic celebrities on there!

And finally, come on spill some celeb gossip for us…

You know The Sun doesn’t like giving away our content for free so you’ll have to wait until my column launches on Sunday I’m afraid!

Meet the Journalist: The Brighton Beezer publisher, Ilana Fox
Ilana Fox, the woman behind The Brighton Beezer, tells Gorkana’s Ona Zygaviciute about why she launched the publication, what makes it unique – and the role print journalism [...]
Interviews
Request a Demo and Pricing
Connect on Social:
Behind the Headlines with Jason Gale