Lucy Rock, news editor at The Observer, on what makes the perfect story, launching a platform for women writers and opportunities for PRs to feed in ideas.

Firstly tell us about your role and the team. 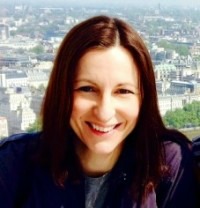 I’m The Observer’s news editor and along with the head of news, Julian Coman, am responsible for commissioning and editing the domestic and foreign news pages, and the Focus (news feature) pages in the main section of the paper.

How would we spot an Observer reader?

They are a diverse bunch; polymaths: interested in a wide variety of issues from politics and international affairs to technology and science, the environment and culture to food, fashion and sport. Overall, they tend to be liberal, information hungry and tech savvy.

What makes the perfect Observer story?

A story which sets the agenda for the coming week. We have a long tradition of telling complex international or domestic stories through strong personal testimony. The range of stories in the paper should be similar to the conversations you’d have with a bunch of your friends on a good night out – from the latest government scandal and foreign crisis to an amazing film about to come out or the latest craze just taking off.

And what would the paper never cover?

What’s the most challenging part of your role?

Finding the right mix of stories and operating within a slim budget. There’s rarely a shortage of gritty stories, but we like to also have strong, upbeat lifestyle, nature and fashion stories – which can be harder to find.

What key meetings do you have daily and what deadlines should PRs keep in mind?

We have a general editorial conference with the heads and deputies of all sections and supplements of the paper on Tuesdays where we discuss content for the next issue. The key news meeting is on Wednesday morning when Julian and I meet with the editor and deputy editor to firm up ideas for the main planks of the run: the page 2 foreign Dispatch, the Focus section, which contains one or two double page spreads and up to four single pages (these could be pieces of reportage, commentary or analysis) and any other big pieces in the news section we’re planning.

On Wednesday afternoons, I attend a politics meeting with the political news team – Toby Helm and Daniel Boffey – and some of the paper’s commentators including Andrew Rawnsley, Catherine Bennett and Nick Cohen. Here we discuss current political issues emerging both inside and outside Westminster, as well as major events coming up in the next few weeks such as elections or party conferences.

We have a smaller editorial conference on a Thursday morning where a detailed list of news stories is presented. In the afternoon we have a paging-up meeting with the editor, production subs, picture editor, designer and graphic artist where decisions are made on which stories will go where and what photographs and graphics we will need. Friday we have a similar editorial meeting to Thursday in the morning, looking at fresh stories which have come in. Reporters begin filing copy on Friday afternoon. We have a final paging-up meeting at 5.30pm although the format can change several times between then and Saturday afternoon, if new stories break.

I have good relationships with a number of PRs and press officers working in a variety of fields (education, the charity sector, think tanks, consumer) and welcome approaches from any organisations with story ideas/interview opportunities which would appeal to our readership. I’m always interested to hear about rigorous surveys or academic research which throw a spotlight on the way we live, or the imminent publication of a new book or opening of a new exhibition which explores an interesting theme or trend.

Obviously, we’re not interested in running pure puff pieces for brands or particular products, but we’re always keen to hear about fresh angles for running news stories or on topical issues such as housing, the environment or childcare. They can also be extremely helpful by suggesting case studies of people to illustrate stories.

What should they think about before pitching in an idea?

It helps hugely to have an understanding of both The Observer and Sunday newspapers in general. There are some misconceptions about The Observer and the types of stories and issues we’re interested in covering. The easiest way to understand what we’re about it is to read the paper. Like other Sunday papers, we’re about fresh angles, broadly looking forward not backwards – we aim to set, not follow, the news agenda. A story should be exclusive and relevant to our readers. There’s no point including us in a round-robin email which has been sent to all the dailies, and then ringing to see if we’re covering it.

The Observer has also launched a new women’s blog, She Said, which you co-edit. Tell us more.

She Said is a platform for the Observer’s female writers and freelancers associated with the paper to highlight or comment on any issues (and it can be pretty much anything) which pique their interest. Its purpose is not to be a feminist blog, rather a space where women can explore a topic from a female point of view.

Are there opportunities for PRs to help with this?

With She Said, we don’t have to wait until Sunday to post (it’s on the Guardian/Observer website) and we’re always happy to hear about interesting bits of research or surveys which might spark an idea. These may not necessarily make a long, detailed story for the paper or hold until the Sunday, but could make a blog post during the week. It’s worth letting us know about events coming up, books about to be published, charity projects etc. Light-hearted, serious or somewhere in between… it’s all of interest to us. But the same basic rule applies as with the paper — we won’t run purely puff pieces.

Meet the Journalist: The Brighton Beezer publisher, Ilana Fox
Ilana Fox, the woman behind The Brighton Beezer, tells Gorkana’s Ona Zygaviciute about why she launched the publication, what makes it unique – and the role print journalism [...]
Interviews
Request a Demo and Pricing
Connect on Social: