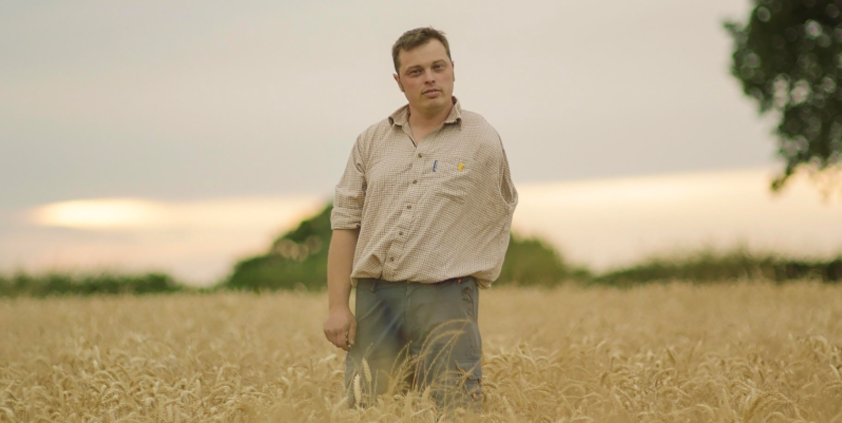 TVC Group helped the Farm Safety Foundation to promote Farm Safety Week and raised awareness of the impact farm accidents can have on farmers and their families.

The Farm Safety Foundation wanted to raise awareness of its brand and get its message about the importance of farm safety onto the national news agenda.

The charity manages Farm Safety Week, an annual campaign held each July to highlight the importance of protecting farmers and farm workers and ensure they make safety a priority. The industry currently accounts for almost 20% of all workplace fatalities in the UK.

Farm Safety Foundation has used different approaches and messages over the years to achieve varying degrees of success, so the tone and narrative of this campaign was crucial. Farmers do not want to be preached to, so anything perceived as ‘finger-wagging’ would alienate them.

The charity’s annual Farm Safety Tracker research revealed that many young farmers have grown up learning risky behaviours and, in most cases, are not taught to associate these with accidents. The strategy therefore was to use ‘real life’ examples to showcase other farming families – just like theirs – where risk-taking has led to accidents.

Arable farmer James Chapman, the foundation’s farm safety ambassador, became the star of the campaign. Chapman lost his left arm while working with farm machinery in his early 20s.

The campaign’s centrepiece was a video starring Chapman. Shot in documentary style on his farm in Warwickshire, the film features Chapman reciting a poem (written by TVC’s creative content director) entitled Who Would Fill Your Boots?, about life as a farmer and who would carry on the work if he was gone.

TVC created three pieces of content with a clear call-to-action: a 15-second teaser of the film, a 30-second social media edit and the full ‘hero’ version. The agency developed a distribution plan to seed the films across editorial – hitting key sites like Mail Online and The Drum – and social media.

The Farm Safety Foundation promoted the campaign heavily across its  Yellow Wellies Facebook page, with audience insights illustrating that the majority of young farmers, aged 18-40, were more active on Facebook when compared to other social media channels.

A story using shocking headline-grabbing statistics showing that farming remains one of the country’s most hazardous industries, accounting for 1.5% of workers but 20% of all worker fatalities, was designed to drive print coverage.

The 2017 Farm Safety Week campaign either matched or exceeded all of the Farm Safety Foundation’s initial targets.

Awareness: Recognition of the Farm Safety Foundation and/or Farm Safety Week increased by 8% to 76% among the youngest farmers (aged 18-29), according to Farm Safety Tracker results from July 2017.

Behaviour Change: When asked as part of the 2017 Farm Safety Tracker how the campaign has changed the way they behave around the farm, 65% of farmers said ‘somewhat’ and 24% said ‘a lot’.

Coverage: The campaign secured 103 pieces of print, TV, radio and online coverage on national sites and titles to reach a primary audience of farming and rural communities, as well as the wider secondary audience. The coverage breakdown was as follows: 12 online pieces, 77 radio pieces, two national print pieces and 12 TV pieces.

Facebook engagement: In two weeks, the Facebook campaign engaged 580,640 users who were involved in farming or agriculture – more than double the objective. It generated 981,102 social media impressions.

Brand film views: The film captured significant attention from both the media and general public, clocking up 86,000 organic views in the first 24 hours – eight times the original objective. Paid spend of £1,000 added another 234,593 views, leading to a total of 321,201 views.

Stephanie Berkeley, Farm Safety Foundation specialist, said: “With the help of TVC, we have taken this campaign from a five country social media-led campaign to a fully integrated comms campaign… and something that will continue to gather momentum and create behavioural change in the industry. We could never have achieved this without TVC.”

Opinion: Why “PR” is having a renaissance
Brendon Craigie, co-founder and managing partner at Tyto PR, examines why PR professionals are once again adopting the PR moniker. The public relations industry is in the [...]
News Analysis
Request a Demo and Pricing
Connect on Social:
PR Case Study: Brands2Life – Cards With Heart