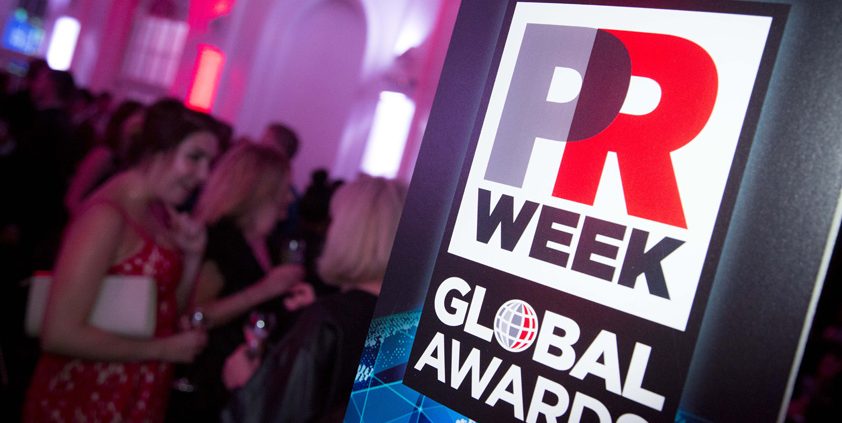 Ketchum and Weber Shandwick were the big winners at the PR Week Global Awards as they took home four and three awards respectively.

Weber Shandwick celebrated winning the prestigious Global Agency of the Year gong, as well as taking home prizes for working on the Best Global Integration and Best Public Sector campaigns.

Ketchum meanwhile won awards for the Best Product Brand Development and for its work alongside other agencies on the Best Influencer Marketing Campaign and Best Campaign in LATAM. Ketchum-owned Interfuse Communications also secured the Best Corporate Branding prize.

Mastercard was awarded the Best Campaign of the Year prize for its Girls4Tech: Making a difference one girl at a time campaign, with the company also securing the Best Global Citizenship prize for the campaign.

Save the Children International’s Kirsten Walkom was named In-house Global Professional of the Year, while Text100’s Aedhmar Hynes won the agency equivalent.

Opinion: Why “PR” is having a renaissance
Brendon Craigie, co-founder and managing partner at Tyto PR, examines why PR professionals are once again adopting the PR moniker. The public relations industry is in the [...]
News Analysis
Request a Demo and Pricing
Connect on Social:
The Lifestyle Agency secures 3 new clients