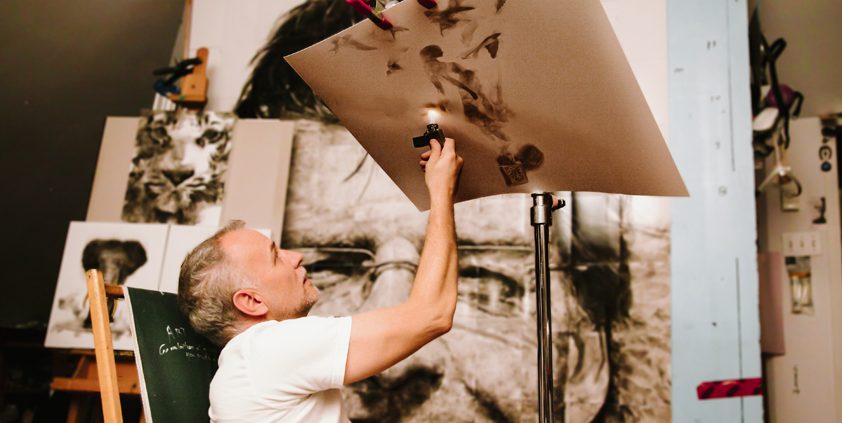 The campaign centered around a content series which showcased the Zippo lighter in an unexpected way to cement the brand’s ongoing cultural relevance.

The puzzle for DeVries was to ensure Zippo continued to resonate culturally while also appealing to a new generation of millennial men. It sought to reframe thinking about Zippo beyond its original functionality as a cigarette lighter.

As the brand approached its 85th anniversary, DeVries created a global-reaching comms campaign to introduce a new generation of millennial males to the mystique of Zippo, transforming a Zippo lighter from a work of art into a creator and enabler of art.

Six months ahead of launch, the agency organised an invitation-only pop-up art exhibit in New York. “The Art of Zippo” featured standout Zippo lighter art through the decades and began to introduce Spazuk to lifestyle media and influencers.

DeVries chose to showcase the artist’s process and story in a series of videos, using social, earned and owned channels to amplify the highly visual story. Spazuk narrated a series of videos which captured the creative process.

A Zippo lighter was promoted as Spazuk’s tool of choice through three content videos, including a 30-second teaser and a behind-the-scenes feature, but otherwise the videos were lightly branded for authenticity and credibility.

The finishing touch was production of a limited edition windproof Zippo lighter featuring an exclusive Steven Spazuk original fire art design. This gave the media something tangible to direct their readers to and succinctly tied the campaign back to the brand.

The campaign captured global attention, with media in 14 countries covering the story and social engagement which spread rapidly across all platforms. Some 380 stories – 100% branded, highly positive and still coming in almost a year later – have delivered an audience reach of 765 million to date. Many of these were full-page features.

The video series achieved 2.5 million views and helped propel more than 15 million social impressions across the brand’s accounts. On Facebook, the campaign earned a 20% engagement rate, making it the most successful Zippo social campaign to-date.

The special edition lighter quickly sold out and following its success a new line of Steven Spazuk Zippo lighters has been launched.

The Zippo Flame Art campaign was recognised with two Platinum MarCom Awards and is nominated for the PR Week Global Award for Global Creative Idea, due to be announced in May.

Opinion: Why “PR” is having a renaissance
Brendon Craigie, co-founder and managing partner at Tyto PR, examines why PR professionals are once again adopting the PR moniker. The public relations industry is in the [...]
News Analysis
Request a Demo and Pricing
Connect on Social:
PR Case Study: Propellernet – Evans Cycles: Return to Gold Hill