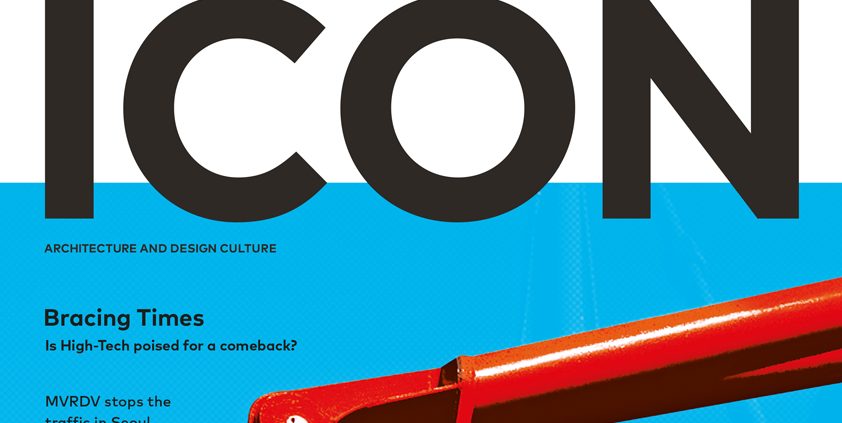 James McLachlan, editor at Icon magazine, explains what makes a great front cover, who reads the magazine and how the brand works with PRs. 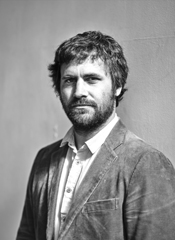 Your January cover was recognised as one of the best by the Society of Publication Designers. What in your view makes for a great magazine cover?

It depends on the publication. What works for us is inevitably very different from, say, a mass-market title. Icon is talking to a design literate, critically-minded audience. Often the challenge is to distil fairly complex ideas into something that is visually stimulating and memorable.

The January cover was a good case in point. We were exploring how post-war German design, as exemplified by Dieter Rams’ products for Braun and others, was used as a propaganda tool during the Cold War. We combined the colours of the West German flag with Bauhaus-inspired forms. While there was plenty to intellectualise over, and a few blogs did exactly that, the bottom line was it looked cool.

Who is a typical Icon reader?

Our audience are professionals with a pretty even split between designers and architects. However, we are not a trade magazine in the traditional sense – no-one is likely to pick us up to find out about the latest building regulations or planning policies. They do read us for informed opinions on significant new buildings, exhibitions, cultural movements etc.

Given the nature of your readership, how important is the magazine’s design?

Very. We like to experiment with typography and are certainly not slavish in our adherence to the grid, but there needs to be a sense of order. Generally less is more when it comes to the number of images per page and white space is desirable. Anything too busy or literal is a turn off.

In terms of subject matter, Brutalism. Whenever we look at that type of architecture – which encompasses everything from car parks to cultural buildings – we get a good reaction.

We as a society are still getting to grips with the legacy of 1960s architecture. For some, it was an era where it all went wrong – inhuman in scale, intimidating and ugly. But Brutalism is still very interesting to our readership and has become fashionable to the point that it appears as prints on tea towels and coffee mugs.

In a more general sense, we are also one of the few publications that retain a critical edge to our reporting and readers seem to appreciate it when we take something to task. The Crimes Against Design column is a particular favourite.

The Icon brand has expanded to include the Icon Trail and Icon House of Culture events. How do they complement your editorial output?

While there is still value in print, I think the industry realised a few years ago that it was no longer enough to be just a magazine.

Brand extensions – events and spin-off publications are all crucial to the future of magazines. The two you mention are a standalone publication that works as a guide to the London Design Festival in September and an exhibition we held during Clerkenwell Design Week last May. Both compliment the publication in different ways. We are also very excited about the latest of these spin-offs, Icon Minds.

What is your relationship like with PRs? How can they work best with the magazine?

We have a good relationship with a handful of established and smaller agencies, but we try not to be too cosy. One PR who has worked regularly with us mentioned the other day that they were always a little nervous when Icon visited their client’s projects because there was always a chance that we might not like it. That kind of tension is healthy, I think.

Criticism has to be justified, of course, and we try to be informed and fair but we are not cheerleaders. The best advice I can give to new agencies hoping to work with Icon is to get a really good understanding of the magazine before you pitch something. Not terribly original, but true nonetheless.

Finally, what is your all-time favourite front cover of any publication?

Impossible to answer. I am enjoying the outbreaks of brilliance from Time, Der Spiegel and The Economist art desks, which follow and amplify each misstep by President Trump.

Perhaps because I spend a lot of time commissioning or looking at clever graphic design some of the covers that have stayed with me are by Private Eye. Their approach, almost always a stock image with a speech bubble superimposed, is almost anti-design in some way. Their conflation of the London riots/Olympic opening ceremony rehearsal still raises a smile, for example.

Opinion: Why “PR” is having a renaissance
Brendon Craigie, co-founder and managing partner at Tyto PR, examines why PR professionals are once again adopting the PR moniker. The public relations industry is in the [...]
News Analysis
Request a Demo and Pricing
Connect on Social:
Meet the Journalist: Thomas Hewitt