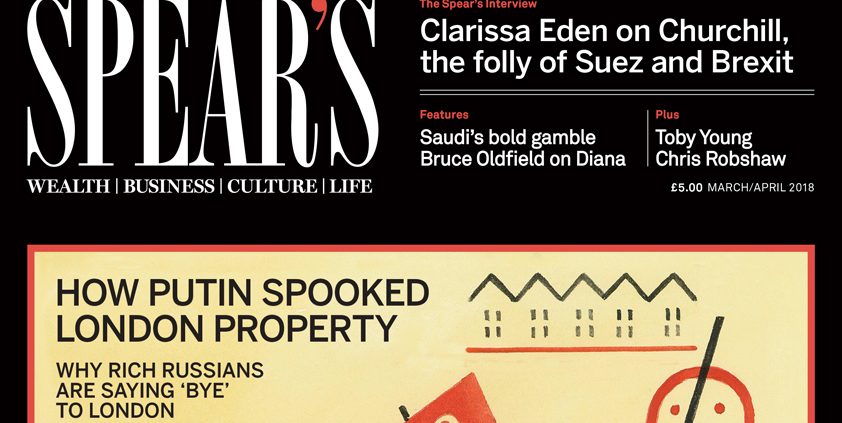 Chris Jackson, deputy editor and head of editorial research at Spear’s magazine, discusses his promotion, the magazine’s content and why it is considered the “bible of the banking fraternity”. 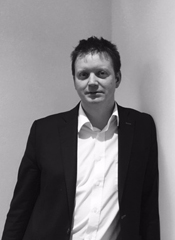 Congratulations, you’ve just been promoted to deputy editor! What does your new role involve? Are you bringing any new features to the magazine?

The role is similar in some respects to what I was doing before but since my promotion, I am finding myself more involved – with our editor Alec Marsh – with the direction of our main products.

Our bi-monthly magazine is what we’re best known for of course, but there’s also our compendium of the private client world, the Spear’s 500; and the Spear’s Travel Guide, which this year will enter its third edition, and which we have exciting plans for.

We’ve seen some bigger names come into the magazine’s ambit as a result of Alec’s editorship including David Miliband, David Hockney and Yanis Varoufakis.

We’ve introduced a new poetry slot where we’ve already featured Pulitzer Prize-winner Paul Muldoon, and Costa Prize-winner Christopher Reid and Wendy Cope; while Andrew Motion and Clive James will feature in future issues. The magazine is always fizzing with ideas, and it’s all about getting the most out of the space we have.

You’re also head of editorial research at Spear’s, what does that entail?

One of Spear’s selling points is that we have a research unit here which I head up. Issue by issue, we interview the best property advisers, family lawyers, wealth managers, tax and trusts professionals, and reputation managers and produce a detailed index and commentary on whichever area we are covering.

It’s not too much then to say that each issue is themed around a major issue of the day – but often the reader won’t know that, it’s more a subliminal thing. And of course, with this level of access to the people who work day in, day out at the top of a particular sector, that often leads to an interesting cover story.

So for instance, there’s been a lot of sloppy journalism surrounding the issue of offshore trusts and companies in the mainstream press: we were able to get the inside track and take the time to really understand the complexity of the issue for our cover story in Issue 58: ‘Is Offshore a Dirty Word?’

Likewise, we were able to do a piece recently about Donald Trump by drawing on the expertise we gained on reputation management. In my opinion, that’s when Spear’s is at its best.

What sort of content does the magazine publish? Are there any regular features?

It’s a varied magazine: we have a letters page, regular contributors such as Sam Leith and Anthony Haden-Guest, a features well, and of course the index.

Each issue our weightiest input is to be found in our Issues section. This will usually include, in addition to a feast of features, an interview with a major figure in economics or politics, or sometimes a major cultural figure. For instance, I just interviewed the director of the National Gallery Gabriele Finaldi – a marvellous man.

In terms of regular features we do our Liquid Lunch slot where we sit down with someone significant in business or the arts over a good lunch: I would draw your attention particularly to our staff writer Olenka Hamilton’s excellent piece with William Dalrymple, which you can find online.

We also have a regular Good Life section: this features luxury travel, as well as pieces on fashion, cars – the things you might spend your money on.

Spear’s has been described as the “Bible of the banking fraternity”. How does you high net-worth audience influence the content you publish?

We’re always mindful of who we’re writing for. Of course, given the high net-worth nature of our readership, one always assumes a high level of knowledge about economics, politics and law in the reader. We’re very fortunate to write for some of the most intelligent people in the country.

We do run content in each magazine which would be of particular interest to the banking fraternity: I’d recommend Alec’s interview with Yanis Varoufakis in issue 60, for instance, and also our interviews the boss of Citibank Peter Charrington and the CEO of Charles Stanley in our latest issue.

However, if you’re not in the mood to think about politics, you can turn the page and head off to the Maldives with Elizabeth Hurley if you prefer!

Given the unusual clout of our readership we also do a lot of interesting pieces about philanthropy in our Giver and the Gift section. One finds that famous and wealthy people don’t just sit at home counting the pennies. Things will have happened to them which will have inspired them to put their money to some use: wealth confers great opportunity but also its stresses and obligations, and we’re mindful of that.

So we’ve interviewed the Phones4U billionaire John Caudwell about his family’s battle with Lyme, and we are about to do a piece with the Multiple Sclerosis Society. I think Spear’s is at its best when it isn’t so much a celebration of money as an analysis of what it might mean to have it.

How would you describe your relationship with PRs? What’s the best way for them to pitch to you and the magazine?

I enjoy meeting PRs. Alec and I are interested in strong hooks, and we’re learning to be a little wary of ‘fluffy’ travel journalism where the story is the spa. Having said that, there’s nothing wrong with straight luxury journalism, if it’s well-written. It’s a question of getting the mix right.

Finally, as well as your work for Spear’s, you are also an author. How are you able to combine both roles?

With some difficulty. I work on my books in an Eat across the road before work and during lunch, and whenever family life – about the only thing I can think of more hectic than journalism – will permit when at home.

It’s been a wonderful experience to work with Todd Swift at Eyewear – surely one of the most dynamic publishing houses out there today, and I’m delighted by his success in these last years.

I think it helps to be on both sides of the fence, as it were: when you’re chasing interviews it helps to know what it’s like to be published, the hopes and fears that come with that.

My last book on Roger Federer did very well, and I’ve just delivered the manuscript, with fingers tightly crossed, of a book which seeks to describe the last few years in British politics. After that, I’m due to publish a novel, and am tentatively planning a third book of poems beyond that.

Opinion: Why “PR” is having a renaissance
Brendon Craigie, co-founder and managing partner at Tyto PR, examines why PR professionals are once again adopting the PR moniker. The public relations industry is in the [...]
News Analysis
Request a Demo and Pricing
Connect on Social:
Meet the Journalist: The Ambient co-founder Paul Lamkin