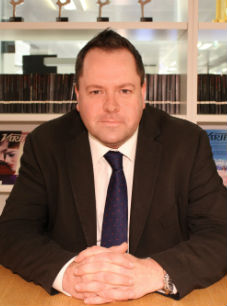 Most recently, Walden was the chief advisor and communications director to Foreign Secretary and former Mayor of London Boris Johnson. He ran Johnson’s transition team at the Foreign Office and was his principal political and media advisor during the referendum campaign.

Walden also spent four years as the Mayor’s communications director, official spokesperson and director of external affairs at City Hall, where he oversaw communications during the London Olympics, and helped shape policy and messaging around transport, housing, business, education, the arts, and policing.

Before working with Johnson, Walden spent 19 years in broadcast journalism, including roles at ITV, Granada, GMTV, ITN and the BBC as a reporter, producer and editor.

Walden takes over the managing director, public affairs role from Gurpreet Brar, who has been promoted to the role of general manager, Brussels.

Walden said: “Edelman represents the best of public affairs with a portfolio that’s benefitted immensely from Gurpreet’s leadership. I want to build on that success, driving public affairs integration within the company’s wider UK, European and International operations, while helping to shape Edelman’s growth in what are unique and challenging times politically. I can’t wait to get stuck in – working with an immensely talented and innovative team, building on their ideas and – I hope – bringing my own perspective from media and government to their work.”

Michael Stewart, European CEO at Edelman, added: “As the home of the European political agenda, Brussels remains a high priority market for the region, and Gurpreet brings a raft of experience leading and executing pan-European strategic communications and integrated public affairs campaigns across multiple sectors and markets. His deep sector knowledge and expertise, as well as his innovative approach to public policy engagement for organisations such as such as Unilever, Tata Steel and Pfizer will ensure Edelman is at the forefront of helping clients navigate the ever-evolving Brussels legislative agenda”.

Brar added: “I am delighted to be taking up the role as general manager of a key office in the Edelman network at this challenging time for the future of our continent. I’ve had a fantastic two and a half years restructuring the UK Public Affairs team, building out the offers for purpose advocacy, government affairs and campaigning.”