Fiat Professional and Performance Communications launched a campaign that reflected the affinity between football and the trades by providing one tradesman with the chance to secure a professional football contract. 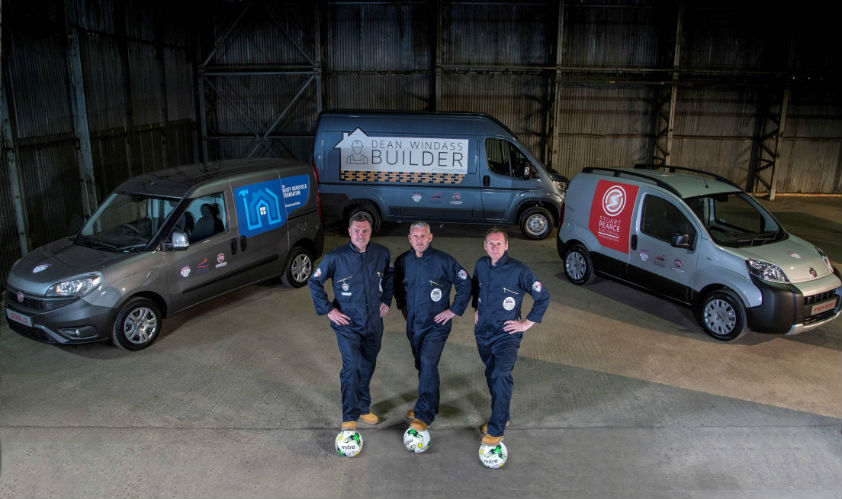 Strategy and implementation
Performance Communication’s research showed that football was the most talked about subject among tradesmen, and that 52% of EFL viewers came from some sort of trade background.
With those insights in mind, the agency developed ‘The Fiat Professional Tradesman Trials’; a campaign that reflected the affinity between football and the trades by providing one tradesman with the chance to secure a professional football contract.
Participants had to submit video evidence of their own footballing skills for the chance to win a one-month trial at a Football League club, as well as £2,000. For tradesmen who didn’t play football, Performance Communications ran a separate competition where a Fiat Professional van could be won.
The agency signed-up three former footballers who had been tradesmen – Stuart Pearce (electrician), Dean Windass (hod carrier) and Geoff Horsfield (brick layer) – to be ambassadors for the campaign activity.
The three-part campaign kicked off at the end of April 2016 to tap into the media build-up to Euro 2016.

Performance Communications developed a Tradesmen Challenge video where its ambassadors took on a series of challenges to see if they still had their tradesmen skills. The aim of the video was to encourage tradesmen to submit their own videos of their footballing expertise to a specially-built website.
The agency invited a range of sports and trade media to attend the challenge, and interview the ambassadors. Soccer AM attended and filmed its own content, which it then pushed out on all of its social media channels.
Performance Communications whittled-down the competition entries to a shortlist of 20 (which were promoted to relevant regional media) and invited them to attend the ‘Tradesmen Trials Day’ at Bisham Abbey.
It also developed a summary video of the day which all partners published on their channels.

The winner, St Helens plasterer, River Humphreys, was promoted to his local media and to the local media of the club he chose, Rochdale. After his trial finished, he then moved to Bangor City in the Welsh Premier League where he continues to play.

Outputs:
• Pieces of coverage: 415 (70 pieces in van/trade media). Highlights include Sky Sports and a DPS in The Sun
• Video views: 848,000
• Reach: 854m
• All coverage referred to Fiat Professional and its sponsorship of the EFL

Opinion: Why “PR” is having a renaissance
Brendon Craigie, co-founder and managing partner at Tyto PR, examines why PR professionals are once again adopting the PR moniker. The public relations industry is in the [...]
News Analysis
Request a Demo and Pricing
Connect on Social:
PR Case Study: Flora lunchbox challenge PR Case Study: Barnardo’s #BelieveinMe
Scroll to top
Cookie Policy