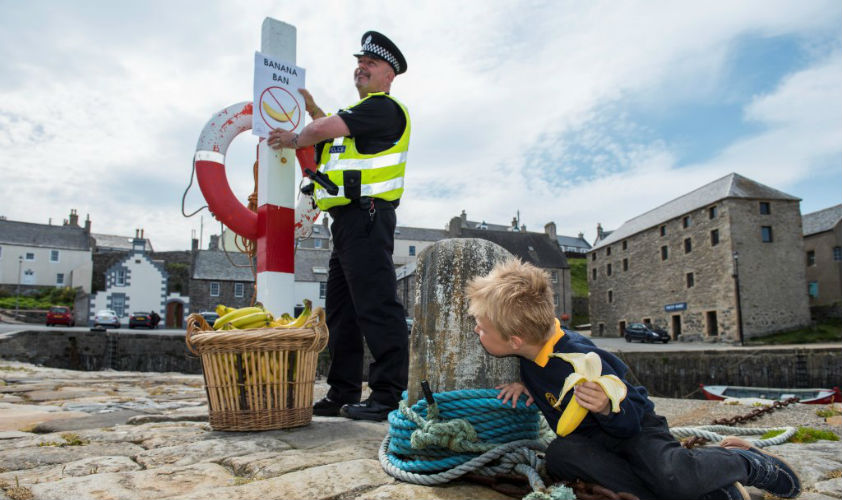 The banana ban in Portsoy, Scotland

The Scottish Traditional Boat Festival challenged Tricker PR to dream up a highly creative campaign, with a modest budget, to capture the imagination of press and public.

It asked for a one-off PR campaign that would have few demands on the time of the volunteer organisers, and which would reach families within a two-hour driving distance of Portsoy (a village in Aberdeenshire, Scotland) through coverage in local newspapers, magazines and digital outlets.

As the event had an established history of high profile launches, the campaign had to reach the same high standards of creativity and be capable of creating a buzz on social media, allowing the local community to be involved at no cost to themselves. Above all, the campaign needed to boost online ticket sales.

Inspired by the local history of Portsoy, a harbour village and fishing port, Tricker PR instigated research around the habits of seafarers.

Among other things, the team discovered that bananas were once considered bad luck by mariners. There are multiple theories explaining how this came about: that in the early days of the banana trade crews would overload banana boats, resulting in the boats capsizing in bad weather; that wooden sailing boats had to move so quickly to deliver bananas before they spoiled that the crew had a hard job catching fish and went hungry; and that bananas harboured dangerous spiders whose bite could be painful, or even fatal.

Tricker PR used this legend as the basis of its campaign. If the banana was such a curse to superstitious seafarers, why not ban it in Portsoy in the lead up to the biggest gathering of traditional boats in Scotland, to ward off any potential misfortune at the event?

No ban would be complete without proper policing. Tricker PR recruited Police Scotland to back the campaign by appearing in the photos with six-year-old-cheeky chappy Mason, hiding from the long arm of the law with his stash of banana contraband.

Trciker PR believed that simplicity – one press release, one set of great press contacts and a cracking photo – would work best. 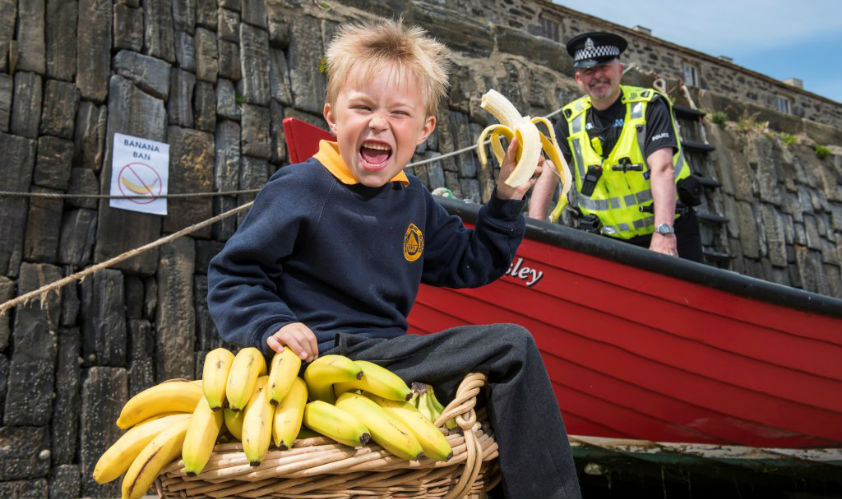 The Scottish media went bananas with more than 60 pieces of print coverage, as well as TV and radio. Prominently featuring on 43 digital news outlets, shares and likes helped to achieve social media objectives.

Crucially, online ticket sales increased, and community involvement was demonstrated by the involvement of the local police and the self imposed banana ice cream ban by the local purveyors.

Got a cracking campaign with impressive results that you’d like to showcase? If so, please email [email protected].

Opinion: Why “PR” is having a renaissance
Brendon Craigie, co-founder and managing partner at Tyto PR, examines why PR professionals are once again adopting the PR moniker. The public relations industry is in the [...]
News Analysis
Request a Demo and Pricing
Connect on Social:
PR Case Study: No Man’s Sky PR Case Study: Around the world in 15 minutes
Scroll to top
Cookie Policy