To celebrate the release of the highly anticipated space adventure game No Man’s Sky on PlayStation 4, Fever enlisted the help of comedian Bill Bailey to “go where no man has been before”. The result? Sales targets smashed and No Man’s Sky became the second biggest PS4 launch.

Gamers have been desperate to get their hands on No Man’s Sky ever since it was first revealed at VGX in 2013, but Fever’s challenge as the lead creative agency on the title was to get cut-through outside of the traditional gaming pages and build excitement among a wider audience. Our audience insights showed us that the best way for us to reach a broader mainstream audience was to create our own content that we could use to target them directly and via the media they consume.

The game centres on the exploration of a near infinite universe and further research into our target audience identified an overlap with fans of iconic sci-fi franchises, such as Star Trek, so we were keen to bring this sense of exploration to life in the content we created.

We knew from research into our top tier media targets that humorous videos elicit the strongest reactions and engagement, so we set out to create a funny piece of video content that would appeal to a mainstream audience without alienating the core fans of the game. With that consideration in mind, our next step was to find talent that could tick three key boxes: firstly, they needed to be a genuine gamer, secondly, a known fan of sci-fi, and thirdly, they needed to be funny.

We enlisted comedian Bill Bailey, known for his love of gaming and a self-confessed ‘Trekkie’ to star in the video, working with him and comedy specialist production company Roughcut TV to develop the video concept. The resulting video follows Bailey as he takes the captain’s seat to explore a small fraction of the game in his iconic comedic style.

In addition to being hosted across PlayStation’s owned social channels, we also seeded it to UK national news, consumer lifestyle press and key influencers for editorial use. This generated widespread coverage within our target media, supported by direct-to-consumer engagement on social media. 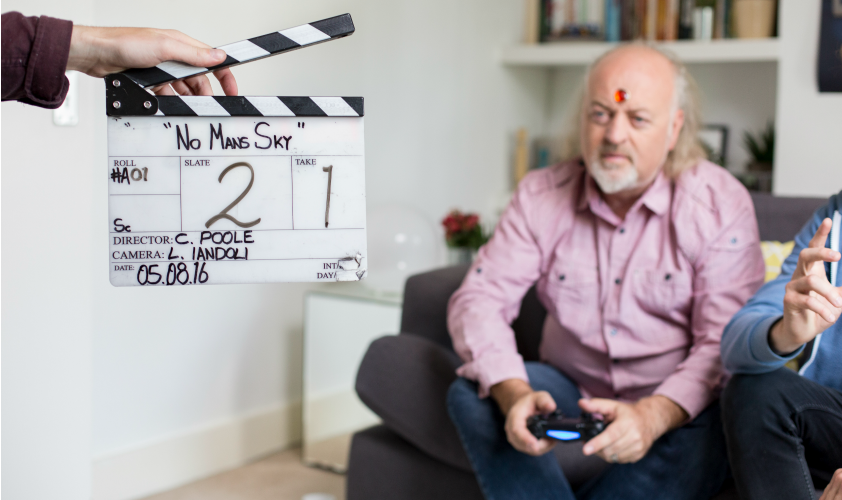