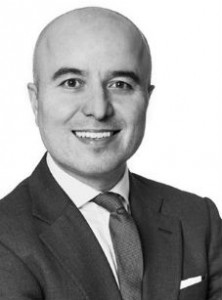 Chief executives, who are entrusted as guardians of finances, organisational structure and strategy, have traditionally been accountants, corporate lawyers and consultants.

However, as the corporate world globalises and embraces technological change, chief executives need to engage with employees, shareholders, customers, government and other key stakeholders.

According to our report, “From Corporate Affairs To Corporate Leader”, an estimated one third of a chief executive’s time is spent communicating, and a growing proportion of future leaders will learn these skills from periods of employment in corporate affairs or communications.

High-profile role models exist for the transition from communicator to leader, with Prime Minister David Cameron having served as director of corporate affairs for television company Carlton.

However, communications has often been regarded as lacking in a direct link to revenue generation, and the depth and diversity of skills needed to run major organisations.

In contrast, our research finds that a new generation of leaders have developed their skills and outlooks in a digitally-connected 24/7 world, where communication is at the centre of the way they work.

So how do you ensure you’re a credible contender? Those interviewed suggested above all the need to broaden financial and commercial experience, which may require a sideways move into an operational leadership role to gain some P&L experience – all of which can be a big wrench if you’re used to sitting on an ExCo, reporting directly to a CEO.

With a growing complexity among audiences and stakeholder groups, CEOs have no choice but to spend more time communicating. Those that have spent time in corporate affairs and communications say that it has helped them to learn how to manage and influence corporate reputations – an art frequently overlooked by corporate recruiters.

Opinion: Why the north offers a world of comms opportunities
Alex Pegler, account manager at Higginson Strategy – which has offices in both London and Chester, explores how the northern powerhouse can drive comms opportunities [...]
News Analysis
Request a Demo and Pricing
Connect on Social:
How communications directors can secure NED roles This week’s top trending features on Gorkana News
Scroll to top
Cookie Policy