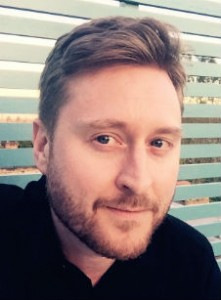 Wilkins will work closely with Rosie Holden, who continues to lead the UK business, and digital director Jilly Gray, who now leads the US business.

Holden said: “Over the past six years, John Doe Communications has established itself as an agency which brings innovative campaigns to life across a broad spectrum of lifestyle brands. At the centre of this has always been our vibrant and talented team, and we have always prided ourselves on this.”

Wilkins was co-founder of creative and digital agency Abundant in 2010, where he served as creative director for four years, before it was acquired by Way To Blue in 2014. During his time there, Wilkins established a creative studio and led creative strategy for consumer and entertainment clients.

John Doe’s senior team restructure included the departure of Rana Reeves, one of the founders of the agency who previously led John Doe New York. Gray, who joined the agency in 2015 from creative agency Holler, has taken on that role.

Gray said: “It’s long been a passion of mine to expand my experience in the US. It’s great to be getting this experience at John Doe.”