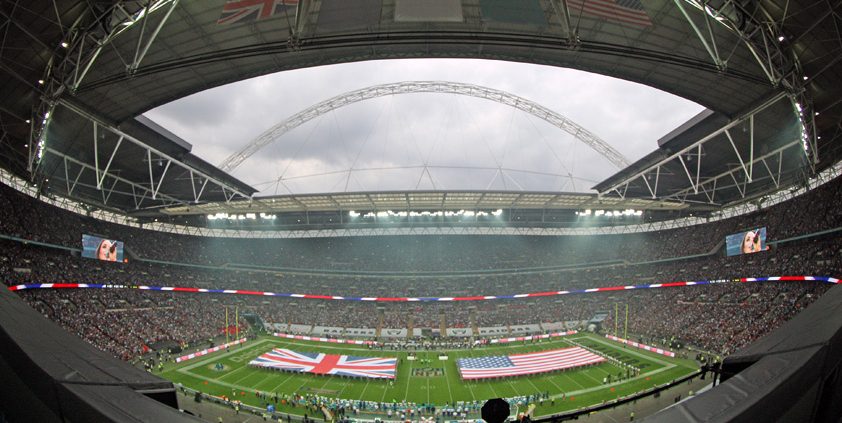 David Tossell, NFL director of public affairs (UK and Europe), talks about how the sport has grown in the UK and his ever-changing role ahead of the the NFL’s London fixtures. 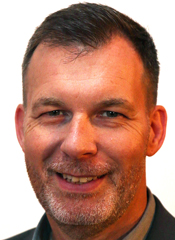 You’ve been working with the NFL for over 20 years, what made you move from journalism into what was a PR role for a fairly niche sport in the UK?

Having been a fan for many years, a small part of my job at the Today newspaper was covering the NFL and so I got to know various people in the New York office.

From that, they asked me to head up their PR in Europe – which happened to be at the exact time when my colleagues on the paper were being told they were working on the last-ever edition. It was great timing – for me, anyway!

How much has your role changed following the demise of the NFL’s Europe league and the rise of the International Series?

It’s very different. It has gone from trying to figure out how to get a few thousand into the old White Hart Lane to watch the London Monarchs – and wondering whether signing William ‘The Refrigerator’ Perry was the answer – to helping to manage multiple sold-out regular-season games and being a part of the brand new Tottenham stadium project.

The other big change, of course, is the vastly different media world in which we operate compared to 1995, when I joined the NFL. (Internet? What’s that?!)

When the first London game was announced, did you envision how much the International Series and popularity of the sport in general would grow in the UK over the next 11 years?

We always felt confident that if enough people were exposed to the sport then popularity would grow. The speed of it has been very exciting – for example, our hope was that if the first London game went well, we might be able to do it again three or four years later.

Amongst the NFL’s promotional activity is its regular takeover of areas such as Regent Street, Oxford Street and Trafalgar Square. How much effort and coordination goes into executing such events?

For those involved more directly than I am in the planning of those events, it is a massive undertaking. Simply getting the relevant people open to the idea of closing down those iconic areas for an NFL event was an achievement in the first place.

The NFL prides itself on the quality and professionalism of such events, so an immense amount of planning goes into the promotion and execution of them. They are a great way for us to broaden out our activities beyond the games themselves.

Recently, British players have been making an impact in the sport, how important is that from a PR and promotional aspect in the UK?

You only had to look at the newspapers on the day after the Philadelphia Eagles won the Super Bowl in February to see the impact. To have a London-born running back, Jay Ajayi, celebrating on the field draped in the Union Jack (handed to him by our NFL UK photographer) was a massive moment for us. As has been the recent impact of Efe Obada at the Carolina Panthers.

Those stories help us create media cut-through, as well as being an inspiration for young people who might be thinking about playing the game here.

How do you look to measure your PR output?

There is still value in the traditional measurements, i.e. number and reach of articles, but increasingly – especially as we work with non-traditional platforms – we look closely at the quality of the engagement we are able to create, especially within the areas we are targeting for fan growth.

Finally, what is your long-term comms plan for the sport in the UK?

We will continue to tell the many great stories we believe the NFL has to offer and create as many access points to the league and our players as possible.

Increasingly, we are looking at non-traditional platforms, such as digital influencers, as an opportunity to introduce more people to the NFL, but as an old print guy I would like to think that the traditional print and broadcast outlets will continue to be an important part of our strategy.

Opinion: Why “PR” is having a renaissance
Brendon Craigie, co-founder and managing partner at Tyto PR, examines why PR professionals are once again adopting the PR moniker. The public relations industry is in the [...]
News Analysis
Request a Demo and Pricing
Connect on Social:
Meet the Journalist: Index on Censorship’s Jemimah Steinfeld