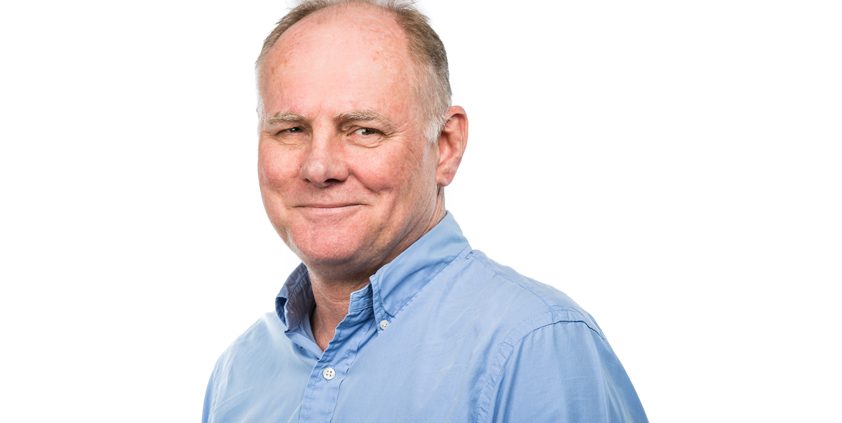 Ian Hood, CEO and co-founder of Babel PR, explains why he started the agency, talks about working internationally and being on the end of a rant from Kelvin MacKenzie.

What made you found Babel PR?

Sheer arrogance. No, seriously, I’d worked a number of years in-house with a large public company and it was all becoming just a little bit boring and the only real challenge was having to deal with the communications impact of yet another new CEO (six in six years!).

I struck out on my own for a period, which was lucrative but isolating at the same time, so I decided to mix things up and move to my first position with an agency. I soon realised that having in-house experience meant that I had a better understanding of what clients are looking for.

That experience, something I think all agency people would find useful, allows you to take account of a variety of factors that aren’t always obvious and can make the difference between winning and losing new business.

I enjoyed working for an agency but the reality is that I didn’t always agree with the agency principals and if that’s the case, you only have two choices – stay, or go and do it your own way.

Fortunately, I’d also met someone who was thinking in the same way, and who had complimentary skills – my now-business partner Narelle Morrison. The decision to start Babel PR happened quickly and it’s one I’ve never regretted.

Why did you choose to have Babel PR specialise in the tech sector?

The obvious answer would be to say our combined experience. Between Narelle and I, we’d built up a considerable amount of campaign experience, in terms of design and implementation, across a wide variety of technology sectors, from mobile and television to enterprise and digital media environments.

More importantly though, the last 20 years or so have been defined by technological developments enabling new business models across every sector, from healthcare and education, to retail, travel and manufacturing.

Tech seemed like – and still is – a huge growth opportunity, but because of its inherent complexity, there’s a limited number of people who can get their heads around it, especially in the B2B world. You need to understand the complexity but also have the skills and experience to translate that complexity into something mere mortals can understand.

What would you say is the biggest change in the sector since you founded Babel PR?

The rise of alternative media (including social) along with the corresponding decline in the traditional media and the inevitable pressure placed on journalists today.

When I started in the business, social media didn’t exist, we still used the fax regularly (hideous technology) and if I was going to leak a story the details may well have been delivered anonymously in an unmarked brown paper envelope.

I have fond memories of being called by former Sun editor, Kelvin MacKenzie, who was running a cable TV channel at the time, with him saying: “I know it was you that put that story out you f***er, I’ll f***ing crucify you, you bastard!”

I personally think it’s a tragedy that it’s becoming more and more difficult to make high quality journalism pay, but unfortunately, we have to accept that it’s now a very different environment in terms of the channels we operate in and the skills we need to deliver great work.

Fortunately, one thing hasn’t changed – great PR is still all about being able to identify or create a great story. If you get that right you are 90% of the way to success.

Why did you decide to expand the agency internationally and what opportunities does this bring?

Pretty much all of our clients operate in multiple geographies, and each of them have different communications requirements. A presence on the ground is needed to support this demand, so it’s important to make sure we’ve either employed individuals working in specific locations, or are working with like-minded regional agencies.

Coupled with this, there are some companies that will only consider an agency which has multiple market representations, even though a network of specialists may be able to support them more effectively. That forces you think about international expansion so that you don’t miss out on the opportunities you know you can deliver on.

The trick is to select your markets carefully to avoid overstretching your management resources – I’ve seen far too many good agencies do exactly that and fail miserably.

What are the challenges of working across multiple regions and time-zones?

The obvious thing is the time zones themselves but there are ways to deal with that effectively and let’s face it, PR has never been a nine to five job.

Less obvious are the cultural differences, and that doesn’t just mean the customs and social behaviour of the society in question – the PR industries in every country have their own distinct micro-cultures and you need to understand those.

The relationships, expectations and ways of doing things can all be very different. If you don’t get to grips with the differences you’ll find yourself always saying things like: “Why on earth can’t PRs in [insert country] ever do [insert task]?”

How do you look to measure your PR output at Babel PR?

I believe there are two fundamental measures of campaign success when it comes to PR: firstly, brand awareness, and secondly, the contribution of PR to overall sales performance.

Internally we measure PR campaigns in multiple ways – the volume, quality, placement, sentiment, message delivery, relationships built; the list goes on – but ultimately it comes down to brand awareness and/or sales performance, and PRs should not lose sight of this.

What is your most memorable moment from your time in PR?

Being taught the difference between ‘off the record’ and ‘not for publication.’

Early in my PR career I was working in-house and talking to a journalist who was writing for a well-known national publication about one of my clients, a FTSE 100 company, and a particularly thorny issue.

My phone rang off the hook that day with internal and external calls and when I’d finally managed to get hold of the journalist to ask him why on earth he’d published my comments, he calmly explained the difference between ‘off the record’ and ‘not for publication’.

Opinion: Why “PR” is having a renaissance
Brendon Craigie, co-founder and managing partner at Tyto PR, examines why PR professionals are once again adopting the PR moniker. The public relations industry is in the [...]
News Analysis
Request a Demo and Pricing
Connect on Social:
60 Seconds with Ketchum’s Chris Martin