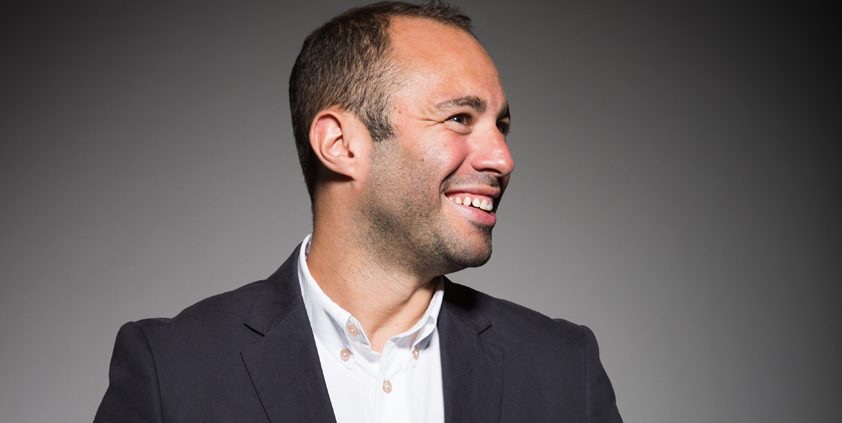 James Myers, group managing director at TVC Group, reminisces about his time at the agency as it celebrates its 20th anniversary.

TVC Group has just turned 20, with you at the agency for 17 of those years. What was it that attracted you to the business?

There was no other company in the comms industry doing what TVC did and no other agency could give me such varied opportunities across PR, content and production.

TVC Group had such a unique offering and was young, vibrant and full of energy. When I joined, there were only eight of us and there was a real start-up and entrepreneurial feel. I could see the opportunity to make my mark on the business from a young age.

How much has the agency changed in your time there?

Beyond all recognition! The entrepreneurial mentality is still here but we’ve matured so much as a business and internationalised our offering.

As our client briefs have broadened, we’ve adapted and innovated to tell our clients’ stories across all channels and have boosted our content marketing, digital and social capabilities. But, we’ve never lost sight of our film roots, that’s still at the centre of what we do.

Are the changes the agency has gone through indicative of what is happening in the industry?

Yes, all agencies have had to move with the times and reposition themselves for the new digital world or they won’t survive.

What would you say is TVC’s stand-out moment or campaign?

It’s hard to single out just one moment, but the most obvious one is Felix Baumgartner’s jump from space in 2012, which was watched by eight million people live on YouTube.

We were the global comms agency for the campaign, working on content for five years and building the momentum in the lead up to the jaw-dropping jump. It was a really exciting campaign to work on and just about everyone in the agency was involved at some point.

We’re also really proud of our work across many and varied Virgin campaigns for 15 years, but equally the work we’re doing to make non-household brand names famous, including challenger bank Aldermore, pro bono work for The Diana Award and not forgetting the Costa (previously Whitbread) Book Awards, which is a project we’ve been working on for 20 years!

Our acquisition by The Economist Group in 2012 is also a highlight.

What is your favourite memory from your time at the agency?

In 2006, we moved from our original small office in Belsize Park to a much bigger office near Marylebone High Street. It signalled a new grown-up phase for the business and we quickly expanded from around 15 people to over 40, and then found ourselves pitching against the big boys (and winning) and adding some incredible brands to our client list.

How do you measure your PR output?

As well as delivering the kind of coverage that brands dream of, we work with partners like Cision to evaluate our campaigns against specific client KPIs, whether that’s awareness, consideration, sales or advocacy.

Finally, you’re into your music, which song best sums up TVC Group?

We posted this question on Facebook Workplace and the winner was Daft Punk’s Around the World.

Opinion: Why “PR” is having a renaissance
Brendon Craigie, co-founder and managing partner at Tyto PR, examines why PR professionals are once again adopting the PR moniker. The public relations industry is in the [...]
News Analysis
Request a Demo and Pricing
Connect on Social:
60 Seconds with Bland PR’s Alice and Heidi Bland