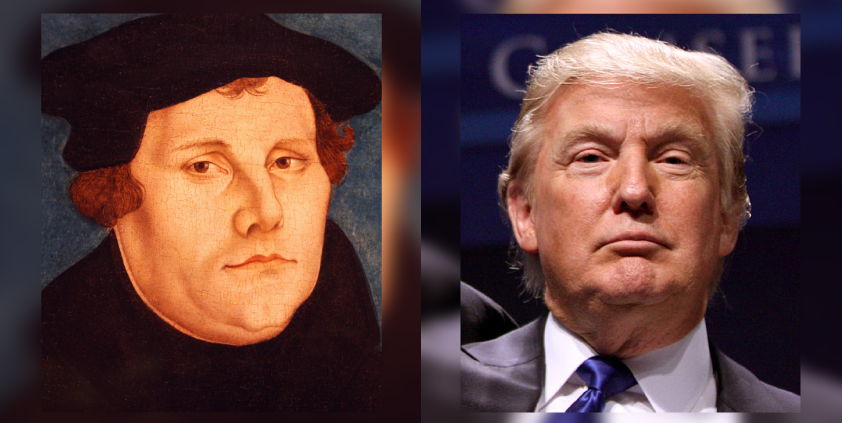 He has an orange complexion and an odd hairstyle. He is an outsider who has taken on the establishment of the most powerful nation in the world.

He has embraced new media platforms to directly communicate to the population using language that cuts against political correctness and resonates with ordinary people. His rhetoric has led to deep divisions, political polarisation and racial and religious intolerance. He is….

…Martin Luther. 500 years ago this winter, a little known monk from a small German town of Wittenberg was in the process of producing thousands of copies of his ‘Ninety-five theses’, a criticism of the established Catholic orthodoxy.

This vast scale of dissemination was made possible by revolutionary new technology in the form of the printing press. Unusually these documents were written in German rather than Latin and so were easily accessible to people who hadn’t had an elite classical education. Further copies were printed in other languages and within two months they had spread throughout Europe reaching huge audiences. This is the first example of a media campaign going viral. This was the reformation and what followed was one of the most bloody and divisive periods of European History.

It is perhaps not surprising that 500 years later, this has parallels with what is going on today. Technological disruption has always had the potential to affect the societal status quo, but it can be particularly acute when applied to the media.

If the media is the lens through which we see the world, then changing the lens clearly has potential to affect that world view at huge scale. I am nervous about hyperbole, but when highly credible figures like Professor Emily Bell from the Ivy League Columbia School of Journalism and former Digital Editor of the Guardian say the ‘media has changed more in last five years than the previous five hundred’ then you start to believe that we are living through another revolutionary period.

I wrote in my last blog post about how important social media platforms, especially Facebook, have been in recent political upsets from Brexit to Trump. Robert Peston writing in the Spectator under the headline ‘Politics is now a digital arms race’ has provided more detail on this by explaining how the ‘Vote Leave’ EU referendum campaign collected huge amounts of data about people from a huge variety of sources – social media, online advertising, websites, apps, canvassing, direct mail, polls and online fundraising.

The team then crunched that data to work out what would resonate most with specific types of audience profiles, especially those profiles that the data analytics had shown to be the most persuadable. As Peston describes ‘they set up the campaign as if it were a hedge fund staffed by rocket scientists who would be rewarded for finding systems that made the most effective use of the budget’.

In the UK General Election earlier this year, Labour performed much better than expectations would suggest. Rather than relying on traditional media relations with a small number of Westminster journalists and in traditional paid media campaigns, Labour used digital and social media more efficiently and more effectively. They used earned media principles of listening properly to your audiences, developing messaging that resonates, and engaging with them to share that message with others. Conservatives spent significant money on Facebook, but Labour’s campaign was more effective because they used the platform for ‘earned’ social engagement not ‘pushed’ advertising.

The Conservatives have many challenges at the moment, so it is eye raising that Peston, who let us remember is one of the UK’s most influential political journalists, puts his finger on media strategy as the biggest one. As he bluntly puts it: “the Conservative’s greatest structural weakness is that it is clueless in cyberspace”

This is Tintern Abbey, near where I live in South Wales. Once a wealthy, thriving and influential monastery – following the reformation and Henry VIII’s dissolution, it is now a ruin. 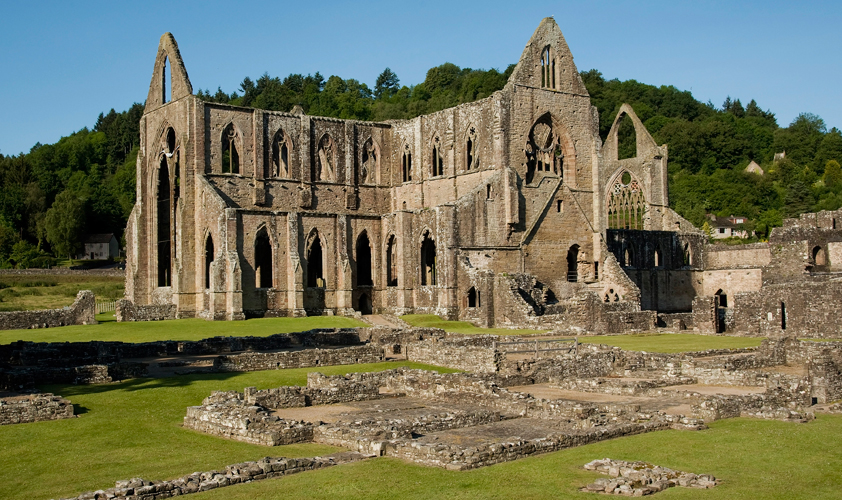 It is a stark 500 year old warning – when technology disrupts something as important as the media, the organisations that adapt are likely to flourish, the rest can quickly become consigned to history.

Our key takeaways from CommsCon
We promised that CommsCon would be a day of discussion, insight and debate, and judging by the response we’ve had from our delegates, we are delighted to have lived-up to the [...]
Industry News
Request a Demo and Pricing
Connect on Social:
Alexander Mason: insights from Spinn Awards 2017