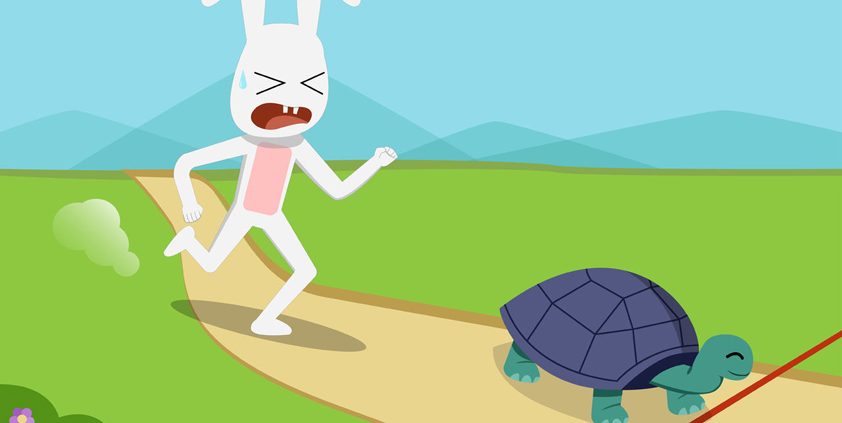 You wouldn’t have thought that forensically detailed accounts of the use of statistics in basketball and “collatoralised debt obligations” in finance would lead to best-selling books and hit Hollywood movies, but that is exactly what Michael Lewis did with Moneyball and The Big Short.

It is probably because what seemed to be inconsequential technical minutae ended up having a wider impact on society – we are still seeing the ramifications of the financial crash 10 years later.

His latest book, The Undoing Project, tells the story of Daniel Kahneman and Amos Tversky whose collaborative work led to the important new discipline of behavioural economics.  Classical economics assumes that people always behave rationally. Kahneman and Tversky’s research showed that this is not true – people are often very irrational and have many cognitive biases that guide their thoughts and behaviour.

Daniel Kahneman’s own book Thinking Fast and Slow explains that there are two main systems of thinking. ‘System 1’ is fast, instinctive and emotional; ‘System 2’ is slower, more deliberative, and more logical. System 1 thinking is generally unconscious and is there to help us make quick, often life-saving decisions – “is that rustling in the bushes a tiger that is going to eat me?” or ”is this stranger a friend or an enemy?” – but this prioritises speed of decision making over accuracy or rationality.

The challenge is that System 1 thinking can overrule System 2 thinking – the heart ruling the head. We can see this in the way that much of the modern 24-7 media landscape works. Research has shown that people are more likely to engage and share emotive headlines compared to more rational ones. Political discourse has become more polarised and emotional – think about the framing of immigration in Brexit and in US and European elections.

Cognitive bias shows up in the way news is produced and consumed – we tend to pay more attention to bad news (the negativity bias) and we tend to base our concept of risk on anecdote rather than fact (the availability heuristic). I had to calm my young daughter down following the series of terrorist attacks last year, that generated day after day of headline news coverage – explaining that the news always shows bad things and that the risks of being involved in something like that are actually very low. Cognitive Psychologist Steven Pinker’s latest book “Enlightenment Now: The Case for Reason, Science, Humanism, and Progress” uses a wealth of statistics to demonstrate that worldwide life-expectancy, health, prosperity, safety, peace, knowledge and happiness are all increasing. But this can’t override the heuristic that things are getting worse, because we see the examples of things getting worse.

The heart vs. head battle and need for fast turnaround of news content has led to a well-documented deficit of trust in the media. The 2018 Edelman Trust Barometer, shows that media continues to have the lowest trust of the major institutions. However, there is a divergence between ‘platforms’ which show a decline in trust over the last three years and ‘journalism’ which has seen a significant increase in trust. The backlash against algorithmic news feeds, fake news and Russian troll-farms has led to a reaffirmation of ‘proper’ journalism as championed in the film The Post.

But of course, ‘proper’ journalism takes time. Veteran Private Eye editor Ian Hislop, speaking to Nick Robinson on his Political Thinking podcast explained why a 60-year-old title that is only published every two weeks, and still resembles the school magazine it started out as, is actually thriving in the modern 24-7 digital news environment:

“If the news gets faster and faster in the new media, it may get less and less reliable. So there is nothing like slow news and there is nothing like coming out once a fortnight, because you have got some time – you can have a look at what the story might actually be rather than: oh god, it’s just come off the wire, is this right?  Who knows, who cares, let’s just bang it out…”

The faster media environment has created the need for faster monitoring and analysis services – to help communications teams react to news as it develops. Technology developments in content harvesting and processing, cloud services and user interfaces have led to the availability of online portals such as Cision’s own Communications Cloud.  These give communications teams real-time insight that enables them to act more nimbly.

Sometimes though, for more insight, counter-intuitively it pays to slow down. Microsoft’s global communications team has access to some of the best technology available and yet while the team track and measure their activity on an ongoing basis, some of the best insights come from their quarterly reporting.  As Jamon Spitzer, Senior Director of Platform Strategy explained at the AMEC Global Measurement Summit in Bangkok last year, slowing down gives the team the time to make sure the data is accurate and to identify real trends and spot real opportunities:

“These (quarterly) reports do not replace more exhaustive coverage reporting and tracking.  Instead our goal is to augment the current approach and provoke learnings that can transform our communications practices”

Three years ago, Satya Nadella was announced as the new CEO of Microsoft. He challenged the business to develop a data-driven, insights-based culture. Three years later and Microsoft has doubled its value and is the third biggest company on the planet.  So, sometimes it pays to think fast and slow.

Our key takeaways from CommsCon
We promised that CommsCon would be a day of discussion, insight and debate, and judging by the response we’ve had from our delegates, we are delighted to have lived-up to the [...]
Industry News
Request a Demo and Pricing
Connect on Social:
The cuckoo in the nest