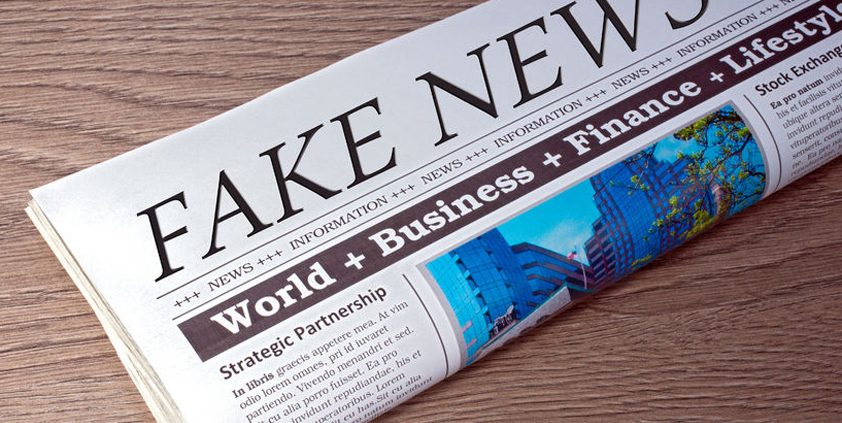 Indeed, earlier in the year Cision produced a white paper on the subject featuring views from a variety of communications professionals, but the use of the term and its influence in politics has been amplified over 2016 and 2017 – not least by its extensive use in populist politics and in particular by Donald Trump in rhetoric to attack the mainstream media.

This is ironic, given that untrue or at least exaggerated and highly partisan editorial from new media channels (targeted to where they will have the greatest emotional impact through social media platforms) have driven much of the political unrest including Brexit, Trump and other nationalist movements.

Trump himself appears to have claimed to have invented the word – in a recent interview he said “one of the greatest of all the terms I’ve come up with is ‘fake'”. But is Fake News really news? Collins themselves trace the term back to the early noughties when it was used to describe false and sensational information on US television. False reporting is clearly not new – I remember getting an annual of Sunday Sport headlines when I was a kid back in the 80s with the famous “World War 2 Bomber Found on the Moon” and my personal favourite “Alien Curry Beast bit my Bum”.

And, in the 1930s, a radio broadcast of HG Wells War of the Worlds caused mass panic as thousands of people confused fiction with fact thinking that it was a genuine news announcement and that a Martian invasion was actually happening.

There is dodgy stuff on the internet…and in other news bears do use wooded areas for their morning constitutional. But the popular narrative is that this is both new and surprising. The rising influence of social media channels as a source of news is clearly a factor. Platforms that mix content from disparate sources based algorithms that favour engagement above objective truth.

Senior figures in the campaigns for Trump and Brexit have cited Facebook as the single most effective tool to target and engage with voters. According to the Reuters Digital News Report, the majority of young people use social media channels as their primary source of news while Cision’s UKPulse survey suggests that 75% of people under the age of 45 use Facebook in the UK.

The success of the Labour party in the recent UK election has been in part attributed to their more effective use of Facebook – the Labour supporting group Momentum claimed to have reached more than a quarter of Facebook uses with a campaign that cost just a few thousand pounds.

However, I find the ‘crisis of trust’ as a new narrative, somewhat misleading. When we look back to UKPulse data from January 2016, before the recent political upheaval, Facebook and other social media channels were seen by the UK public as the least trusted with more mainstream channels (TV, radio and press) being the most trusted. The headlines of the 2017 Edelman Trust Barometer talk about declining trust in the four institutions of government, business, NGOs and media. And while the data indeed shows some decline in trust, it is important to see this in perspective. In the last five years trust in mainstream media has declined by five percentage points, from 62 to 57 percent. And yet mainstream media is still significantly more trusted than social media – a pattern that has been consistent over the five years.

So how worried should the communications industry be about ‘fake news’? The narrative suggests the answer should be ‘very’ and yet the data suggests a more nuanced reality. According the AMEC Business Insights Study, less than a third of AMEC members thought that fake news had a major effect on the industry.

Furthermore, data from the 2017 Cision and Canterbury Christ Church University Social Journalism Study showed that just 15% of journalists in the UK strongly agreed that fake news was a serious problem. The study showed that journalists who were most concerned tended to be based in the US and focused on politics and current affairs. European journalists that focused more on business, lifestyle, sports, entertainment or culture were generally less worried.

It would seem then that the response to ‘fake news’ is guilty of the same simplistic hyperbole that the term itself is claimed to cause. It is worth noting that ‘fake news’ narrowly beat ‘echo chamber’ to Collins’ word of the year title. Perhaps this is a reminder that we should strive to get our picture of the world from a variety of data based sources, rather than relying on a collective group think.

Opinion: Why the north offers a world of comms opportunities
Alex Pegler, account manager at Higginson Strategy – which has offices in both London and Chester, explores how the northern powerhouse can drive comms opportunities [...]
News Analysis
Request a Demo and Pricing
Connect on Social:
Meet the analysis team: Evelyn Goodall – Research Analyst