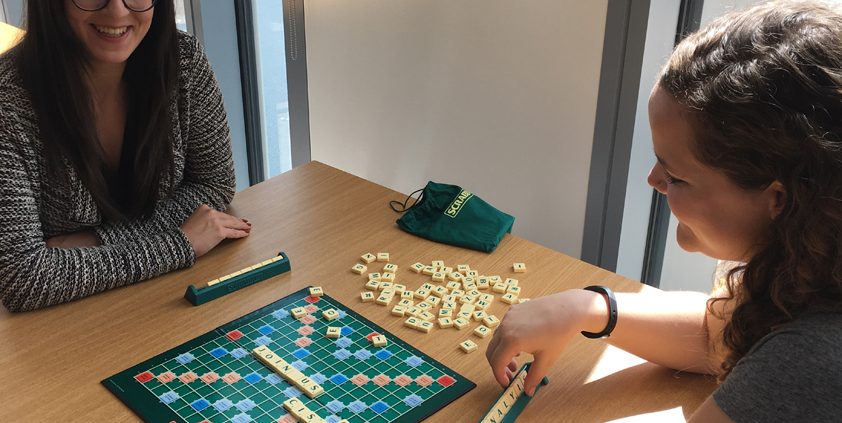 Our analysis and insights team create the bespoke reports and coverage summaries that are at the very core of the media intelligence Cision provides.

And they’re on the lookout for some new faces. We’re currently recruiting a hole host of new positions including a Data Analyst, Research Analyst, Senior Research Analyst and Client Insight Manager. 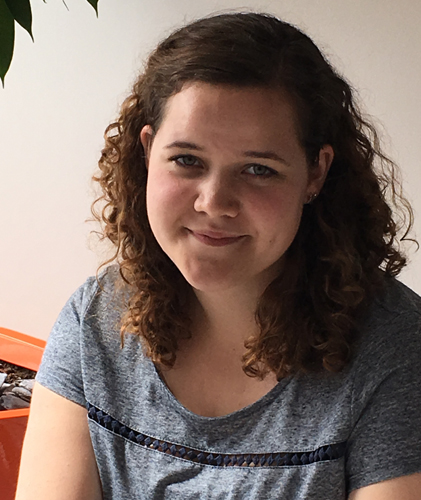 The team are Excel experts and combine their knowledge of the media landscape with their passion for pie charts! But it’s not all data.

The team’s newest recruit, Evelyn Goodall, Research Analyst reflects on her last five months, the nights in the pub and how every day is a school day.

How long have you worked here?
Since March 2017, so about five months.

Tell me about your current role?
I currently work as a Research Analyst building and writing reports for our clients. These reports show the client the effects of their recent media coverage in terms of metrics – such as how positive or negative the articles were, what kinds of people saw the coverage, and many more. From these metrics, clients can understand the impact they’ve had on their audience from a PR standpoint.

How did your background lead you here?
I studied French at university, which gave me a good grounding in language and communication, which I draw on when writing analysis and working in teams. The French itself also comes in handy when speaking with French clients and reading content from French publications. Before this job, I worked in financial services, which taught me a lot of soft skills like time management, organising myself, and meeting deadlines, which has given me a good foundation for my role here.

What do you like most about working for us?
I like that I can always voice my opinions and make changes to reports – everyone is willing to listen and help you run with your ideas as long as you have a good plan. I definitely think I get to exercise my creativity in the job.

How would you describe the work environment?
It’s a cliché but there is a brilliant mix of people from all different backgrounds in the office, which makes for a very fun vibe. Everyone works hard and you’ll always find someone willing to lend a hand and share the workload – then when we’re all done we’re just as willing to share a drink at the pub.

How would you describe your work ethic?
My work ethic is based around efficiency and quality – I make sure I maximise the speed of processes where possible to make my own (and everyone else’s) life easier, but if it takes an extra five minutes to make something perfect then I’ll happily spend that time to get the satisfaction of a stellar piece of work.

How would you describe the work life balance?
As with many jobs, the work/life balance depends on your time management and your workload. There are some late nights and stressful days towards deadlines, but I haven’t met anyone in any job who hasn’t experienced that at some point. I’m a big fan of our alternative start times system, which allows us to start earlier in order to finish earlier, or start later and finish later.

What would you hope a new hire could contribute to the department?
A new hire would contribute a huge amount to the department – there’s an all hands on deck approach to a lot of our work, and as new starters have the chance to work with nearly everyone, helping them out with various tasks, their work adds up to a big impact. Aside from the extra productivity, they’d also bring new experiences and ideas to the team, which are always useful.

Tell me about a change or improvement you’ve had the opportunity to make.
I was asked to create the social media section of a report for a client, and while creating it I was given free reign to make any changes to the planned structure in order to make it look as visually appealing as possible while remaining informative.

I deviated from the initial structure a fair amount, but I was praised for my extra efforts and the report ended up being exactly what the client wanted. Additionally, I’ve had the chance to take part in focus groups, which has meant my ideas have been passed on and will be considered when new initiatives are being created.

Which skills have you developed while progressing here?
I’ve learned more about Excel than I ever thought I would! Being a language graduate, it wasn’t something I considered to be a strong area of mine. It’s actually become one of my favourite tools – not only at work but when organising myself at home too. I’ve also stepped up my organisational skills because there can often be quite a few tasks to juggle

What is your greatest achievement in this role?
I think my greatest achievement so far is how much I’ve learned and how much progress I’ve made in such a short space of time. I can use programmes and systems I’d never used before, I’m confident building complex charts and graphics, I can query databases, and I can zero in on a specific part of a huge data set and draw complex and meaningful insight from it.

Having learned so much, I’ve been able to move on from relatively small accounts to some absolutely huge ones, which is a testament to the quality of my work and how much I’ve improved and achieved at the company so far.

Would you like to come and work with us?  If you love analytics, love working in a sociable, fun team  and want to learn-on-the-go, take a look at our open job roles in more detail.

Our key takeaways from CommsCon
We promised that CommsCon would be a day of discussion, insight and debate, and judging by the response we’ve had from our delegates, we are delighted to have lived-up to the [...]
Industry News
Request a Demo and Pricing
Connect on Social:
Meet the analysis team: Valerie Arnaudova – Client Insight Manager