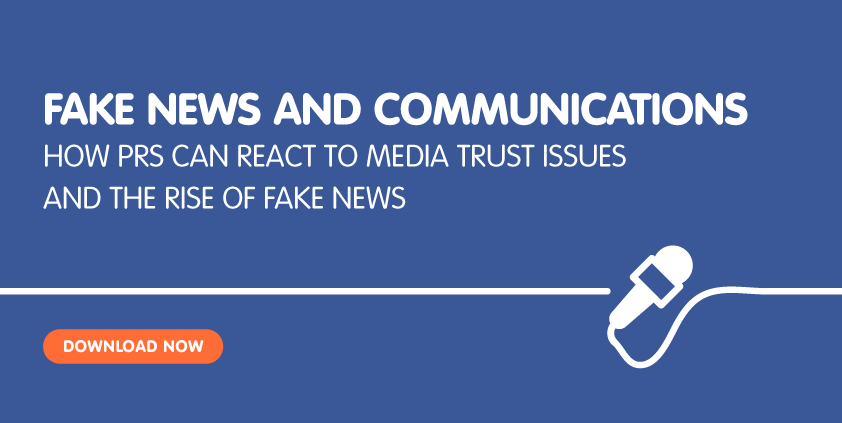 With the concept of fake news challenging consumer trust in the media, Cision has published a new UK white paper highlighting the challenges this phenomenon creates for communicators and how to overcome them.

It reveals how important this issue is in the eyes of the public using exclusive survey data – and provides key insights from top journalists and PRs about what this means for the industry.

Fake news rose to the top of the political and media agenda in 2016 as both potential US presidents and political pundits worried about its impact and influence.

For communicators and journalists, it shone a spotlight the way news was being reported, produced and distributed. It highlighted the challenge of ensuring the general public can identify what is real news and dismiss falsehoods.

The white paper includes interviews with CNBC, BBC and Buzzfeed journalists – as well as a range of prominent communicators including  Amy Airey, PR director at ilk agency.

“Fake news is both a challenge and an opportunity for PRs,” said Airey. “A huge part of our job is to be on top of the media agenda and capitalise on reacting to it. But this is completely undermined if a chunk of the news that’s in the public domain is fake.”

Orla Graham, senior client insights manager at Cision, added: “Tracking things like public opinion in correlation with fake news to understand the relationship between the two is important to help see the wood for the trees.”

Please fill the form in below to download this white paper

Opinion: Why “PR” is having a renaissance
Brendon Craigie, co-founder and managing partner at Tyto PR, examines why PR professionals are once again adopting the PR moniker. The public relations industry is in the [...]
News Analysis
Request a Demo and Pricing
Connect on Social:
PR event: Financial panel to address “Brexit comms” challenges and market...