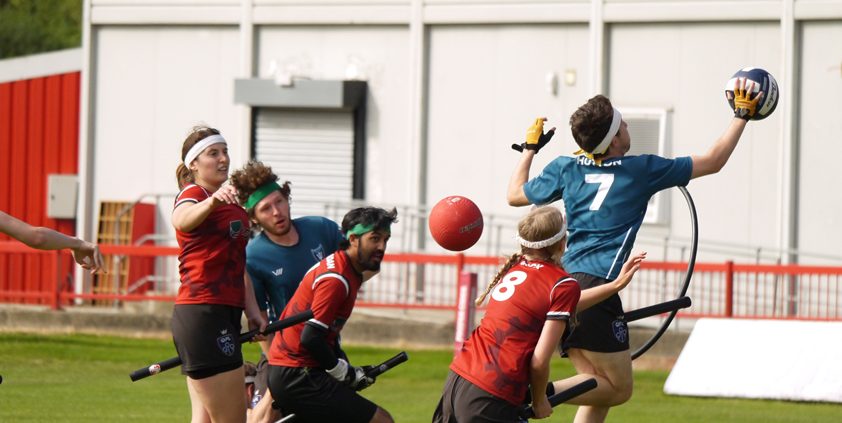 Tom Ffiske, senior account executive at Porter Novelli London, discusses his role as comms director of the Quidditch Premier League and how he assists QuidditchUK and the International Quidditch Association. 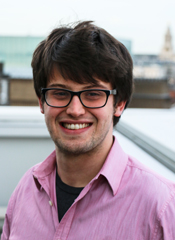 Can you outline how the sport works without magic?

Quidditch was adapted from the Harry Potter novels almost twelve years ago in the US. It combines elements of rugby and dodgeball to create a fast paced, full contact, mixed gender sport.

It has proved to be a popular game for athletes and Potter enthusiasts alike and has grown enormously in the past few years. There are now teams on every continent as well as many countries hosting annual club championships for their top teams.

A team consists of 21 athletes with seven players per team on the field at any one time, and each player has a broom between their legs. Chasers score through the hoops, keepers defend hoops, beaters knock people with dodgeballs, and seekers have to catch the Snitch – a golden ball attached to a neutral player running in the game.

Also, the four maximum rules of quidditch states that at most there can be four players of the same gender on pitch at one time. This ensures that the game is mixed gender and inclusive to all.

How did you get involved with quidditch comms?

By accident, actually. In March 2015, I was roped into a quidditch practice in Exeter, which was much more fun than I expected. I then joined my friends to a quidditch tournament in Belgium, which made me realise how international the community was, and jump-started my passion for the sport.

This evolved into joining QuidditchUK, the governing body of the sport, as I became a graduate trainee in PR. One thing led to another and I helped start the Quidditch Premier League in November 2016 to help with their comms, around the time I joined Porter Novelli London.

Now, alongside the Quidditch Premier League, I help with the International Quidditch Association, assisting with the IQA World Cup happening in 2018.

It was a very fast two years!

The fourth Quidditch World Cup is set to take place in Florence next year. What comms strategy do you have for the competition?

Armand Cosseron and I are still in early stages with the discussions, and we’re currently exploring our options. Florence has expressed their enthusiasm for being the host city of the tournament and have made clear their dedication for profiling the sport next year, so we feel we are in safe hands.

Ultimately, our focus will be using the event as a way to raise the profile of the sport and legitimise it as an athletic activity, so our comms will be directed towards bringing people to the sport as well as educating them on our core values. How this will manifest will come with selective partnerships and a smart strategy, and we’re always open to suggestions.

You managed comms for the new Quidditch Premier League. What did that entail?

A lot of work in my spare time – much of my activity was when I came back from work to draft releases and speaking to organisations, alongside the stellar Laura Jamieson and Ali Flanagan.

The key was to angle ourselves as a new, driven and athletic organisation who wants to change the game, which involved convincing both external audiences and our own community. Naturally this meant turning down certain collaborations, including one publication who wanted us to wear capes for a photo shoot.

How were you able to successfully link the sport with the “This Girl Can” campaign?

One of our proudest aspects of the sport is that we are fully inclusive. We have a rule where we only allow a maximum of four per gender on the pitch at any time – this ensures people who identify as male or female can play together, including non-binary players. Working with This Girl Can further exemplifies how we believe that gender does not matter on the pitch, and that any player can be stellar.

For publicity, it was explosive. We saw our organisation’s social following accelerate in the days after her tweet, and it led to many people emailing us asking to join their local team.

We are always open to more endorsements, though our focus is away from Harry Potter – much of our activity is now in partnerships to help legitimise quidditch as a sport, so we would like to partner with an athlete as much as a cast member in the future.

Finally, have you ever played? If so, what was your position?

Yup, and terribly at that if I am honest! I was a chaser who scored once in my life. Once. I was definitely made for comms over gameplay.