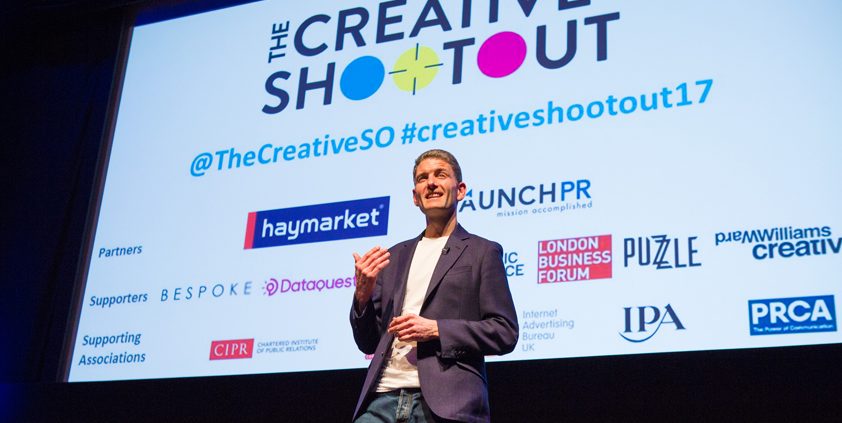 Launch founder Johnny Pitt gives his views on “traditional” awards ceremonies and reveals why he started The Creative Shootout – an award that involves a live creative pitch. 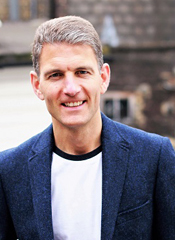 It’s well documented that I’ve long felt awards ceremonies have a challenge when it comes to celebrating creativity, especially in our industry.

That’s not me just banging the drum for the sake of it, either. Given the precious commodity creativity is – and its increasing value to brands, leadership, employee engagement and share prices – the creative industry really does need platforms to shine and show off.

Now, don’t get me wrong. I’ve nothing against PR “awards” in general.   In fact, I really enjoyed being a guest of the president at the CIPR awards this year. And, of course, I love it when my agency wins. (Who doesn’t?)

But black tie events with warm chicken, warm wine and a hundred ‘Best X’ trophies do little to celebrate the actual creative process.  They don’t promote, showcase and celebrate the act of conceiving, developing and executing great ideas…

Which is why I’ve created a PR award that does.

When did showcasing your best work become a ‘tick box’ exercise?

These days, writing awards entries is also big business. Agencies routinely outsource the chore to consultants to maximize their chances. But when did showcasing your best work become an exam, or a “tick box” exercise you’d outsource to other people?

Hosting tables is astronomically expensive, too. Many agencies send just a couple of people if they don’t think they’re going to bag a gong for their awards cabinet. And we’ve all spied losers and out-of-towners creeping out before the end at London events.

In short, the typical PR awards ceremony just isn’t geared up to properly celebrate creativity. So, a couple of years ago I decided to create one that does.

The Creative Shootout is a mix of Dragon’s Den and the Great British Bake Off. It’s a real-time creative contest that Damon Statt, Mischief’s creative director, has described as “stressful, nerve-racking, exhilarating and great fun”.

Your chance to enter a truly creative PR award

Held annually in January and done in one day, any agency (from any marketing discipline) can enter The Creative Shootout with any piece of content the judges can consume in just 60 seconds. That includes videos, infographics, direct mailers, musical jingles, apps, interpretive dance and more.

We once even received an entry baked directly into a cake!

From these 60-second entries, the judges will then select our favourite agency teams to receive a real brief from the year’s chosen charity for a live competitive pitch at the live final in January.

In The Creative Shootout’s first year, that charity was Unicef. Last year, it was mental health group Time to Change – and this year’s cause will be announced on Monday 25 September.

This year’s teams will have just four hours to work on their creative before delivering a 10-minute pitch at the British Academy of Film and Television to determine the winner.

The 2018 Creative Shootout opens for entry Monday 25 September. Visit The Creative Shootout’s site and enter before Tuesday 28 November to be in with a chance to pitch in the live final – and walk away with a very big prize.

Best of luck! I can’t wait to see your creative talent.

Opinion: Why “PR” is having a renaissance
Brendon Craigie, co-founder and managing partner at Tyto PR, examines why PR professionals are once again adopting the PR moniker. The public relations industry is in the [...]
News Analysis
Request a Demo and Pricing
Connect on Social:
Opinion: Fake news is good news for communicators