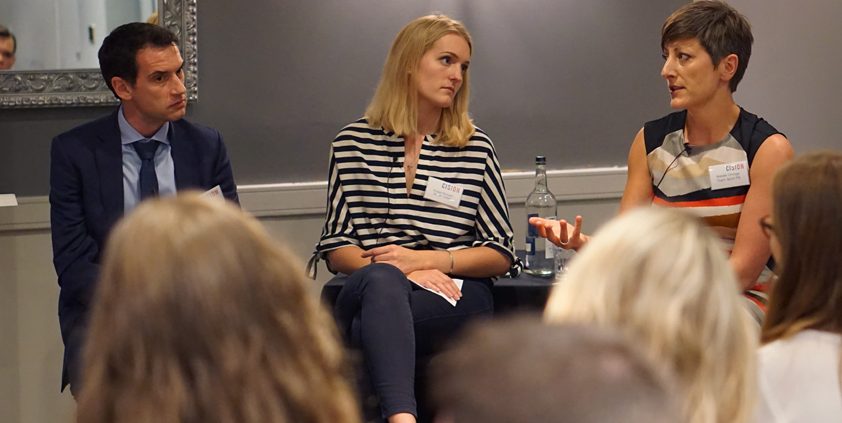 Brexit and disruptive technologies are transforming the relationship between consumers and financial brands, a panel of experts said at last night’s Cision thought leadership event in London.

While these challenges have implications for all financial companies, they argued, they are also creating opportunities for brands that can communicate their stories effectively to consumers.

In the past, she argued, big financial brands treated consumers like the details of their business dealings were too complicated for people to understand. But the modern consumer is far better informed.

She concluded: “The start-ups coming into this space are saying, actually, I’ll take all of your lunch by just communicating in a much simpler, straightforward way.”

Many financial brands are still struggling to tell their stories

Bunyard said part of the comms challenge is that it’s often technologists at companies which focus less on external communications who have the best stories to tell.

“A lot of these people don’t see the value in external engagement,” she explained. “They believe they have the ‘secret sauce’ and anyone would be lucky to engage with them.”

She added: “You have this real mismatch between companies which have this huge focus on external engagement but not enough information to back it up, and those who have absolute gems but no awareness of how to communicate them.”

PRs need to re-imagine their relationship with the media

Guerrera said communicators should throw away the old rule book when it comes to their interactions with the financial press. There are so many novel ways to get your story across under the media umbrella – from webinars to events, custom content and more.

“The media itself is a laboratory of Darwinian experimentation,” he said. “We are trying all sorts of stuff to stay relevant and to get our readers engaged.”

He added: “Don’t assume that if we don’t reply to your press release or phone call we’re not interested. Try and come to talk to us.”

Communicators should beware the “London bubble”

Orringe warned communicators to be wary about taking an explicit stance on Brexit, as the issues the referendum was fought on are highly divisive.

“We tend to be dominated by London and the south east, where fintech is great, the market’s doing really well and there are lots of opportunities,” she explained. “Particularly if you’re working with brands that are aiming for a mass consumer audience, I think you have to be really aware that there is a London bubble.”

She concluded: “As a business, what I would advocate is: absolutely do not come out with a view on Brexit, whether positive or negative.”

Opinion: Why “PR” is having a renaissance
Brendon Craigie, co-founder and managing partner at Tyto PR, examines why PR professionals are once again adopting the PR moniker. The public relations industry is in the [...]
News Analysis
Request a Demo and Pricing
Connect on Social:
60 Seconds with Trafalgar Strategy’s Giles Kenningham