After the recent launch of consultancy Trafalgar Strategy, David Cameron’s former press chief, Giles Kenningham, discusses why his new service provides a different offering and the comms lessons learnt from the snap election. 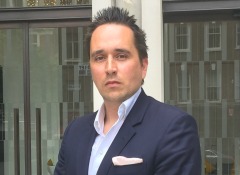 What is Trafalgar Strategy’s key point of differentiation?

Few people have our level of experience and insight. We’ve worked at the highest level of government advising Prime Ministers and cabinet ministers dealing with every crisis imaginable.

From political scandals to privacy issues to dealing with complex policies, we have dealt day in day out with the issues that have led the TV news bulletins and dominated the newspaper front pages.

We understand the mechanics of running a successful campaign, having headed up the comms for the 2015 Conservative campaign victory. Crucially we know how to deal with complex and difficult interviews and how communications can solve problems and boost the bottom line of a business.

Why did you want to launch a consultancy?

Many companies are quick to offer strategic advice but often don’t have the capacity or frontline experience to execute campaigns in the national media. We offer advice but also execution. We have regularly seen many companies roll out the directors on pitches but then get very junior people to do the work. We are different – what you see is what you get.

What was the most poignant comms lesson you learnt as press chief for David Cameron?

Sometimes there isn’t a right or wrong decision. But you need to have the ability to make a decision quickly and decisively. Speed and execution are key. The other thing was, always think five steps ahead. A one-day splash in a national newspaper is not always worth it.

What has last week’s snap election taught us about comms?

Firstly, I think it exposed the dangers and perils of calling a snap election without the right infrastructure in place. Having to build a campaign team while simultaneously running a campaign is a difficult ask at the best of times and I think that was borne out. Calling the election ironically cost the party a majority. I would also say consistency and simplicity is key. Without it you have no authenticity. Theresa May’s u–turn on social care undermined her core message of “strong and stable.”

People often say campaigns don’t change the political weather – this one busted that myth. The Conservative campaign suffered without a strong retail offer on the doorstep. And crucially they failed to emotionally connect with voters by not offering a positive vision of the future. People need to hear about the sunny uplands.

How should party leaders deal with a hung parliament?

The challenge for UK leaders is how to offer certainty in an uncertain environment. Despite a hung parliament and the challenges of Brexit, we need to communicate to the rest of the world we are open for business, with a dynamic economy that fosters innovation and creativity. It’s vital talented foreign labour still comes to this country. Never has it been more important for political leaders to look to seek consensus where possible.

How has comms changed since Brexit ?

Brexit offers an unprecedented opportunity for interest and campaign groups to shape the debate. Previously businesses have been nervous about publically criticising the government. But now you have seen them become more vocal. There is a recognition that Brexit will be the defining issue of the next decade and the business community accept they can and should play a key role in shaping the outcome. Every firm we speak to sees the world through the prism of Brexit.

What is the best comms piece of advice you were given?

Data is key when understanding public sentiment. Don’t become a focus group of one.

Opinion: Why “PR” is having a renaissance
Brendon Craigie, co-founder and managing partner at Tyto PR, examines why PR professionals are once again adopting the PR moniker. The public relations industry is in the [...]
News Analysis
Request a Demo and Pricing
Connect on Social:
60 seconds with MHP Financial’s Andrew Jaques