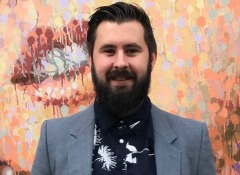 Stollery will begin his role this week. He will work across a diverse portfolio of brands, including PlayStation and Twitter as well as new business, reporting into founder and creative director, Joe Sinclair.

Prior to The Romans, Stollery was a founding member of Hotwire’s integrated comms team, working across creative strategy, branding and execution for clients such as The Met Office, Travelex and The Wellcome Trust.

Stollery said: “Aside from the stellar client list, what got me most excited about The Romans was the team’s singular focus on creating campaigns that are deeply rooted in culture. That, and there are loads of dogs in the office.”

Sinclair said: “Every single member of The Romans is hired on their creative merit. Paul is the first of several super-talented senior hires we’ll be making this year to shape, nurture and develop the agency’s creative talents and turbo-charge our new business efforts. He also has a lovely beard.”