Revolut, an app-based banking alternative, has brought in Rocket Internet’s Chad West as its global head of comms. 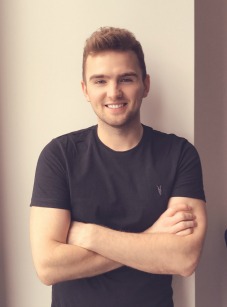 Launched 18 months ago, Revolut allows users to set up a current account in 60 seconds, exchange currencies at the interbank exchange rate, transfer in 23 currencies to any bank in the world, and spend fee-free in 120 currencies with a contactless MasterCard.

The company has since acquired more than 600,000 customers, has plans for international expansion, and will launch a business service later in the year.

As Revolut’s first comms employee, West’s primary responsibilities will be to enhance brand awareness in new and existing markets, implement a creative campaigns programme and aid the company towards achieving growth targets.

Before that, he worked agency-side on public affairs and government relations at Remarkable Group.

West said: “To have acquired 600,000 customers in just 18 months signifies the demand for rapid change in the banking sector. Revolut is eliminating unfair and hidden bank charges, allowing people to spend and transfer money fee-free and building an app so technologically advanced that makes managing your money enjoyable.”

“I’m looking forward to making some serious noise around Revolut and helping to change people’s negative perceptions towards banking and finance. From a marketing and communications perspective, we’re going to be different, bolder and creative in our messages.”