Carlos Carnicero Urabayen, is European correspondent and political analyst for a range of Spanish newspapers and publications, including El País, El Periódico de Catalunya and HuffPost. He talks to Gorkana’s Mario Cipriano about his career in Brussels and his view of modern journalism. 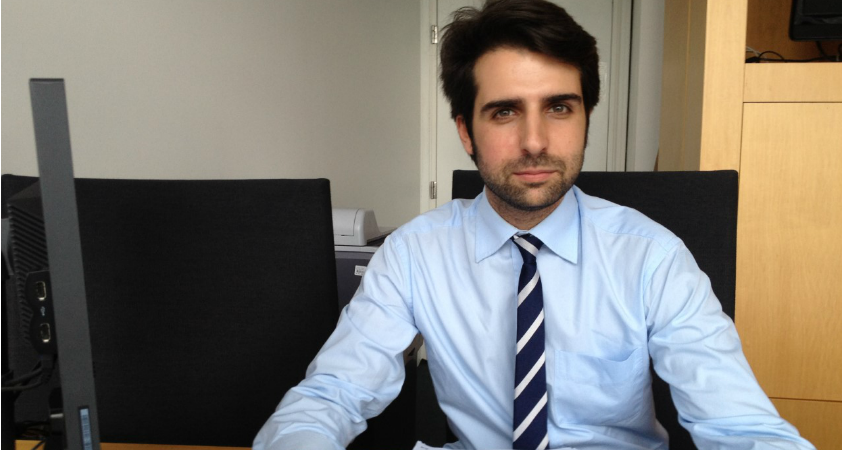 You studied Economics and Political Science before becoming a journalist.  Why take this career path?

I studied Law and Political Science at the Universidad Autónoma de Madrid. After that I moved to London and lived there almost three years. First I worked as a tutor for a group of Spanish students that were doing an internship in London. After that I continued my studies doing a Master in European Studies at the London School of Economics and another one in International Peace and Security at King’s College.

In 2009 I moved to Brussels and worked in the European Parliament as an adviser. It was only in 2014 that I started working in journalism, but that doesn’t mean I was a total outsider before. I’ve always had a passion for communication and politics, to some extent due to the influence of my father (Carlos Carnicero Giménez de Acárate) who is a prominent journalist.

In 2009, I started writing op-eds for El Periódico de Cataluña and El País, among other newspapers (something I’ve been doing since then). When The Huffington Post launched its Spanish edition in 2012, they invited me to blog for them. I guess my career path has evolved naturally towards what I do best.

What challenges and excites you about the sector?

It is a moment of crisis for the sector. Nowadays, journalists live with increasing uncertainty. It is a burden to undertake long-term assignments and produce investigative stories that require a lot of time investment.

That said, it is the necessity to reinvent how we tell stories, how we inform, which excites me the most. Thanks to the internet and social media, we have tools to reach new audiences. Our principles must be the same, but the channels have greatly changed and provide great potential for innovation.

You are based in Brussels, working mainly for Spanish newspapers: how do you make this work?

I think the crisis in Europe has convinced many that the European Union plays a critical role in people’s lives. Some may not like the EU, and certainly there are many things that are calling for change, but very few people question its importance.

Spanish newspapers – like others in Europe – are looking more and more into what happens in Brussels and beyond. The EU is not only Brussels, where its main institutions are based, but it is the most privileged observatory to inform and analyse European affairs.

In order to get assignments, I try to put in value what I know, what I learn every day and what I think is our duty, as a public service, to inform citizens of.

You are often introduced as son of Carlos Carnicero Giménez de Acárate: how has this impacted your own career?

I have a great deal of respect for my father. I have learnt a lot – and I still do – from him. He is a great journalist and an amazing father and that is why I’ve always felt very comfortable whenever I’ve been introduced as his son. I believe this has had a very positive impact on my career because I have an advantage: I had a teacher at home.

Brexit will presumably have a significant impact on the sector you serve and the stories you write. Can you tell us how this influences your role as a European Correspondent?

Brexit really proves that we are living exceptional times in European politics. For the first time, a Member State is leaving the EU. It is a traumatic process because it was unthinkable that this could happen: the EU was meant to enlarge but never to shrink. For my job, it makes it more challenging and more demanding. The Brexit divorce talks will not be easy and will probably be very tense as the stakes for both parties are too high. It will certainly demand from my side extra attention and accuracy. Feelings can affect your analysis, but should never challenge the facts.

You are currently writing for both the Spanish and US version of the HuffPost: there is any significant difference on how you approach a news story?

I do all kinds of stories for the Spanish edition of HuffPost (interviews, analysis, blog posts, video-debates) and they could get translated and published in all other editions of the newspaper around the world. I have occasionally written blog posts for the American edition when I felt I needed to say something for the American audience – mostly about Spain or the political situation in Europe.

What are you looking for in a press release?

Well, first accuracy and even spelling. When you see something that’s done fast and without attention to detail, it could be a sign that it’s not newsworthy. Secondly I analyse if the topic is relevant for my audience and if it contains real news.

I mostly have contact with press officers of the European institutions, governments and political parties. It’s important to have an open channel. They are a very valuable source.

How do you make use of social media?

Social media plays a crucial role. On the one hand, it provides an incredible source of information that, of course, demands constant verification. On the other hand, it is also fundamental to reach growing audiences. I share my stories – and other articles that I find interesting – through Twitter and Facebook.

And finally, what is the most memorable story that you have reported on?

In 2015, I travelled to Hungary and Serbia to report on the refugee crisis. It was a very tough experience because I felt powerless: I wanted to help people that were struggling for their lives and were not being welcomed in Europe. I tried to capture the gravity of the situation so that more people could understand the need for action.

I took a photo of a Syrian boy called Mahmud and wrote a little post. I still wonder where he ended up and wish he and his family managed to settle somewhere in Europe and find the peace that was stolen from them in their home country. 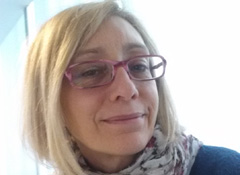 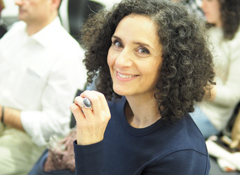 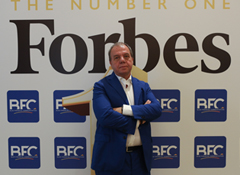