London fintech startup Curve has made its first PR and comms hire with the appointment of Burson-Marsteller’s Callum McCaig, as the business prepares to scale out of ‘beta’ and launch its digital banking platform to the mass market. 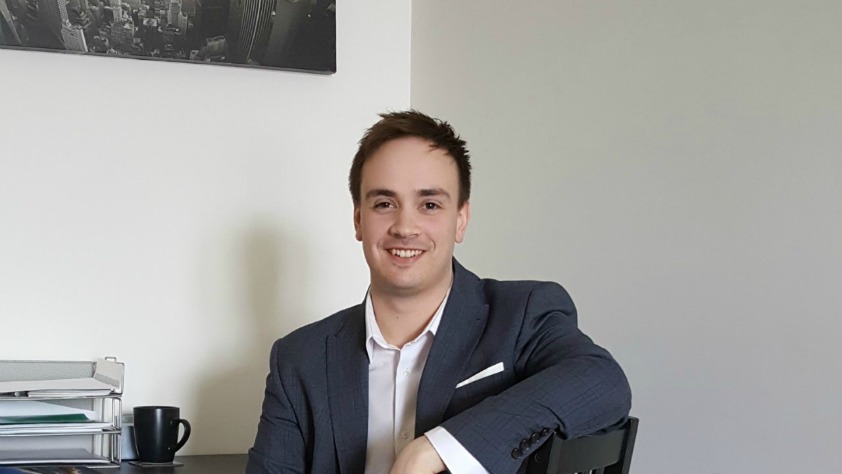 Curve has raised £3m in seed funding from investors, including Seedcamp and the founders of Transferwise, Betfair, Azimo and Google Wallet, and plans to announce a Series A funding round later this year.

Curve launched an Open Beta version of its first product last year – a type of bank card that consolidates all cards into one, paired with a mobile app.

As PR manager, McCaig will take on a broad remit, working with the business to create a data-driven comms function, which builds brand awareness and supports the company’s growth.

McCaig was previously a senior associate and account lead at global PR firm Burson-Marsteller, where he specialised in technology and corporate PR for clients including Sony, Microsoft and Temenos.

Curve founder and CEO Shachar Bialick said: “The team has grown more than 100% in the past year, as we’ve worked on building a better way to pay. As we enter the next phase in our evolution – a platform that simplifies how users spend, send, see and save money – building a brand alongside a user base is a priority, and we’re confident Callum will bring the right skills and experience to help drive those efforts.”

McCaig added: “As financial technology increasingly becomes a mainstream issue, growing startups like Curve will be able to ride that wave of interest – but it will become harder to cut through the noise. I’m looking forward to transferring my agency experience into building brand recognition, recall, advocacy and trust, for one of the most promising startups in the world’s leading city for fintech.”

Opinion: Why “PR” is having a renaissance
Brendon Craigie, co-founder and managing partner at Tyto PR, examines why PR professionals are once again adopting the PR moniker. The public relations industry is in the [...]
News Analysis
Request a Demo and Pricing
Connect on Social:
New PR lead for energy provider npower Quill PR appoints Peakon’s Nick Croysdill
Scroll to top
Cookie Policy