The 80s. Big hair, ski-pants, good times and – some might say – great music. But what could this super glossy era of  pop teach PRs about starting up and running a small business? Everything according to Lynne Arrowsmith, former director of brand and internal comms at EE, who now runs brand and comms consultancy Goldbug. 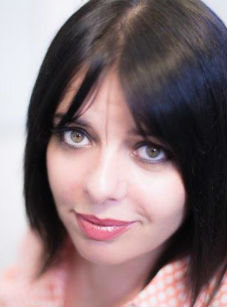 Set up safe
It may well feel at odds with your burning enthusiasm as you start out in business, but figuring out worst case scenarios, answering some ‘what if’ questions, and, if there is more than one of you, drawing up a shareholders agreement, are vital if you want to avoid a Spandau Ballet-style breakdown.

The north London school pals ended up in a ferocious court battle over royalties where Kemp was, unsuccessfully, sued by Hadley, Norman and Keeble. All because they didn’t have their agreement written down beforehand.

On the road
Running a small business is like being permanently on tour. Except instead of being on stage, you’re pitching away in boardrooms. Just like every budding rock band, you have to start in the backrooms to get noticed. You dream of making it to Pink Floyd levels, but you’ll have to get used to a few nights at the Marquee and Dublin Castle before someone gives you a stadium tour.

Practice makes perfect. Get on your feet and sell your work and great ideas as much and as often as possible. To win over the crowds you need to be prepared, rehearsed and dazzling. Look no further than Sam Fox and Mick Fleetwood presenting The Brits in 1989 for how not to do it.

Big hits
My business was formed by editors of national newspapers and senior in-house brand professionals from some of the biggest consumer brands in the UK. We had a lot of big hits in the back catalogue. If it was the 80s, we would’ve been Duran Duran. But making the adjustment from big hits to solid good work is something you need to prepare for.

Never expect to win big accounts on day one and enjoy the variety while you can. Be Depeche Mode, or The Cure – they are both massive global bands without a No 1 hit in the UK between them. Focus on pushing out consistently great work.

If your No 1 hit never happens, remember you’re The Smiths – your work’s incredible and will last a lifetime. There’s more to this game than being a one-hit wonder.

Coping with change
Never assume things will always be the same as when you started. Change is good and you’ll need to learn to embrace it. Take Primal Scream. Once an average loping indie band with a forgettable debut effort, Sonic Flower Groove in 1987, before redesigning themselves for the next decade when Loaded kick-started a youth culture phenomena.

No change is too big. Take strength from Joy Division and the ultimate 80s music rebrand – New Order. As with most things cultural, or phenomenal, keeping one eye firmly on the future is the key to success. Be flexible enough to change and strong enough to cope with it.

“Enjoy what you do”
Stress, change, financial worries, winging it, sleepless nights, no time off – otherwise known as life at Factory Records in the 80s.

And running a small business can at times feel similar. So it’s important to take stock, use your holiday time and celebrate every small victory that comes your way in the biggest way you can. Keep reminding yourselves of why you chose the freedom, possibilities and satisfaction of setting up on your own. No-one ever looked at Wham! and thought: “Wow, they look like they’re having a rubbish time.” As the late George Michael once said: “Enjoy what you do.” 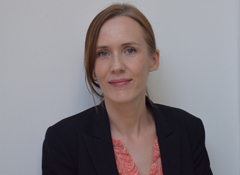 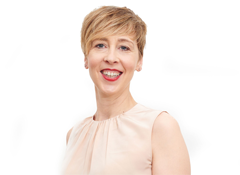 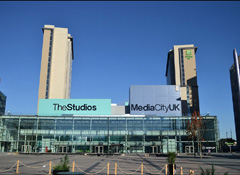 Opinion: Why the north offers a world of comms opportunities
Alex Pegler, account manager at Higginson Strategy – which has offices in both London and Chester, explores how the northern powerhouse can drive comms opportunities [...]
News Analysis
Request a Demo and Pricing
Connect on Social:
Opinion: How to stand-out at Advertising Week 60 Seconds with CIPR’s Jason MacKenzie
Scroll to top
Cookie Policy