Nina Sawetz has launched her own consultancy called Future, after more than six years at Oxford PR agency BOTTLE, where, most recently, she was head of consumer editorial. 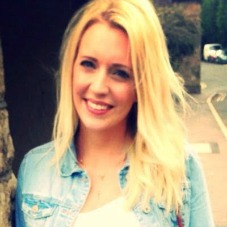 Sawetz joined Bottle in 2010 from Blue Zebra PR. She began her career with internships for Frank and the BBC’s press office for EastEnders.

At Bottle, she worked on campaigns including Organix ‘Out To Lunch’, ‘Crunch Time’ for Golden Wonder and ‘Bodytalking for Cancer’ for AXA PPP healthcare.

She also headed the ‘Make Up Gallery’ campaign for Poundland, which saw the discount retailer’s cosmetics line become one of the best-selling ranges in the UK market.

In April 2016, she was promoted to head of editorial for the agency’s consumer division.

As an independent freelancer, Nina will now provide a range of PR services, including campaign and press office strategy, management and implementation and social media activation.

She will also work with a network of content creatives to provide visual graphics (static and video), web, mobile and social platform apps.

Sawetz said: “I believe freelance consultancy is the future for our industry. Both agencies and brands are looking for flexible support with campaign projects without the constraints of full time office-based staff, and there are clear advantages to this model – it’s more cost effective, can help reduce over-servicing, and gives access to various specialisms.”