Ex-editor of the Yorkshire Evening Post Nicola Furbisher is joining her husband John Furbisher at the PR agency he founded – Furbisher Media. 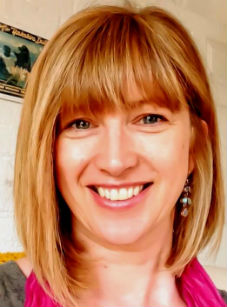 Nicola Furbisher announced her decision to leave the role last year. During her three years at Yorkshire Post Newspapers she led on campaigns such as Loneliness: The Hidden Epidemic (The Yorkshire Post) and #SpeakYourMind (Yorkshire Evening Post), a campaign to end the stigma surrounding mental health issues.

Nicola Furbisher was previously group editor of the Derbyshire Times and associated titles.

She said: “The company has grown even faster than we anticipated and to fulfil client demand and realise the firm’s potential, the time was right to step up.

“I’m leaving behind a great team at Yorkshire Post Newspapers but look forward to new projects and building new relationships. It’s an exciting time in politics and media relations so I expect no less pace or pressure.”

Opinion: Why “PR” is having a renaissance
Brendon Craigie, co-founder and managing partner at Tyto PR, examines why PR professionals are once again adopting the PR moniker. The public relations industry is in the [...]
News Analysis
Request a Demo and Pricing
Connect on Social:
Ready10 pays staff twice this month with new “Goodbye Skint January”... Final chance to champion inspiring people in PR as nominations for the 2017...
Scroll to top
Cookie Policy