Back in July, Lord Sugar’s former publicist, David Fraser, said Trump’s campaign for the US presidency was arguably one of the greatest PR campaigns in recent years. Fraser, who is now MD of PR and SEO agency Ready10, said that when it came to communications, Trump’s campaign was “poetry in motion”. What do you think? 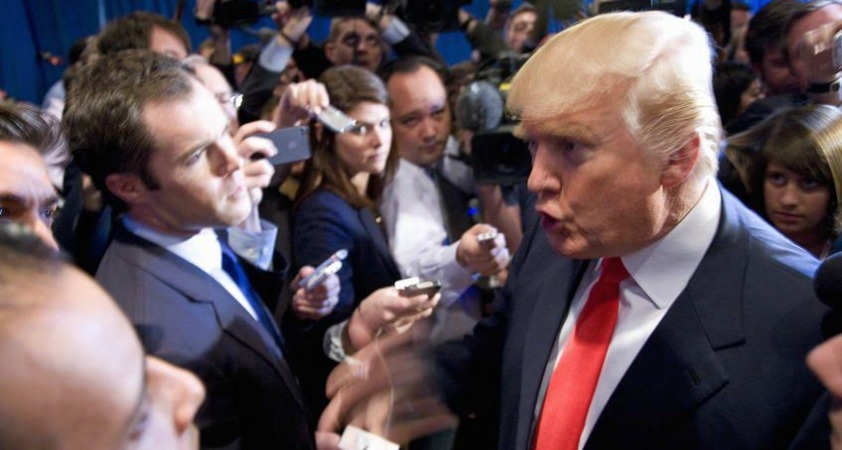 Donald Trump in congress with the media

22 JULY 2016: OK, first up let’s not get bogged down in the credibility or otherwise of him as President – you will have your opinion and I will have mine. That’s for a different piece (for the record, he’s not my cup of tea/can of soda). But in terms of an effective communications campaign, I think “Donald Trump” is poetry in motion. Here’s why:

If you’re British, you won’t be able to vote in November, but I’ll bet that you still know his key campaign slogan, “Make America Great Again” (which Trump apparently applied to trademark as early as 2012). You’ll also likely be familiar with his proclamations that the US is “going to win” and also his key policy pledge to build a wall on the Mexican border. You don’t know this by accident, it’s because Trump repeats, and repeats, and repeats his key messages in every speech and every interview, on his website and on his social media platforms.

He hammers the message home with unparalleled discipline, never deviating, until it’s burned in your consciousness. Can anyone tell me Hillary’s campaign slogan? Thought not.

The use of simple language

A recent analysis of the discourse of the two presidential candidates showed that Trump speaks in language that is approximately 4th grade level (primary school), while Hillary’s is around 8th grade. The same study showed that in a typical 220 word answer Trump gave, 172 of his words had just one syllable. It’s easy to be snooty about this, but it’s to Trump’s credit – he makes his argument simple for his audience, speaking in terms and language they can engage with. As a result he has cut-through (with Republican members, so far).

He has a nose for news

Trump’s campaign has been a steady stream of moments where he has formed the narrative by saying something that generates reams of discussion and column inches – his controversial proclamations about Muslims entering the US and walls with Mexico are the obvious ones but there are others. Many others.

The king of earned media

Trump has spent less money on his campaign than any candidate in recent history. In February alone, he ‘only’ spent $10 million on media whilst his then-opponent Jeb Bush spent $82 million. Why? Because Trump creates and generates enough stories of his own to earn media and for the news networks to do his own free advertising. As he says himself, “a lot of the programmes are 100% Trump, so why do you need more Trump during the commercial breaks?”

He is brilliant at social media

In this day and age there isn’t going to be a political candidate who isn’t on social media, but there’s a difference between being present and being engaging. Trump is the latter, generating honest, genuine and shareable content via a plethora of outlets including Facebook, Instagram, Periscope and Twitter. Like him or loathe him, you cannot deny he is authentic.

We don’t know whether Trump can convince the wider American electorate of his credentials. Can he go that last step? Three years ago not many would have bet that this businessman/reality star would be anywhere near the ticket this November.

The fact that he is comes in no small way down to what is, arguably, a perfectly executed PR campaign. I certainly wouldn’t bet against him. 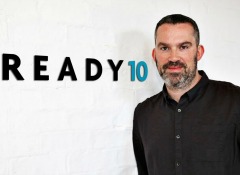 David Fraser is MD of Ready10, a London-based PR and SEO agency that launched in June. Before Ready10, Fraser spent 12 years at Frank and was named deputy MD in 2013. While there, he spent 10 years as the personal publicist to Lord Sugar, alongside Frank MD Andrew Bloch.

Opinion: Why “PR” is having a renaissance
Brendon Craigie, co-founder and managing partner at Tyto PR, examines why PR professionals are once again adopting the PR moniker. The public relations industry is in the [...]
News Analysis
Request a Demo and Pricing
Connect on Social:
Opinion: 10 reasons why working in PR is like fatherhood Fake news: why it’s a real issue for PR
Scroll to top
Cookie Policy