Charles Naylor will take up the corporate communications director role at CBI (Confederation of British Industry) on 28 November. He will report to director-general Carolyn Fairbairn and will join the CBI Executive Committee. 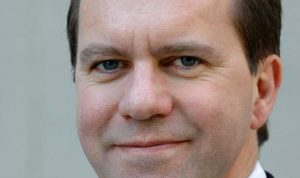 Naylor has led corporate affairs strategies for firms in a number of sectors including, most recently, in a co-head of global communications role at HSBC. Prior to that, he held the chief communications officer role at Credit Suisse. He has also worked for Centrica, Hess and Shell.

An announcement on the CBI site states that ‘Charles is passionate about helping the CBI create the environment in which business can invest and succeed in order to contribute to the future prosperity of the UK.’

Since leaving HSBC two years ago, Naylor has been working as an independent consultant.

Opinion: Why “PR” is having a renaissance
Brendon Craigie, co-founder and managing partner at Tyto PR, examines why PR professionals are once again adopting the PR moniker. The public relations industry is in the [...]
News Analysis
Request a Demo and Pricing
Connect on Social:
Crohn’s & Colitis UK briefs TVC to promote WALK IT 2017 Hudson Sandler becomes independent partnership
Scroll to top
Cookie Policy