Jenny Tsai, founder and CEO at influencer marketing platform Wearisma, and a former director at magazine publisher Hearst, says the recent US-based “Vogue vs. bloggers face-off” has revealed rising tensions between traditional media glossies and social influencers and identifies what this could mean for brands. 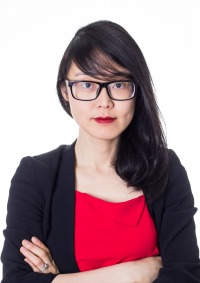 “The recent (US-based) Vogue vs. bloggers face-off was revealing as it pulled back the curtain on the traditional media outlet’s complicated relationship with the new ‘social’ vanguard. It struck me as indicative of something much deeper and more fundamental, however.

Namely that we’re witnessing the biggest fragmentation of media consumption in history since the invention of the printing press. And few of us – Vogue editors included – know how to respond.

A perfect storm of digital undercurrents has eroded consumers’ trust in the expert. This means they no longer go to the establishment for information in the way they once did.

The, what has been referred to as, “jealous” or “hypocritical” comments by individual vogue writers are symptoms of an identity crisis. It’s telling they stand in dichotomy to the magazine’s outward embrace of social stars with high profile covers and courting on Instagram.

Three things have gotten us to where we are today:

We live in a world of hyper-personalisation and non-overlapping “tribal” communities, as judged by the media we consume. Each of these “walled gardens” has a different, and in many cases even contradictory, reality.

As “realities” and “worldviews” diverge even more amongst these communities, so begins the erosion of trust towards traditional experts and authorities. An expert – whether traditional or blogger – from another community is not as trusted as an expert from your own community.

What does this hyper-fragmented media landscape mean for brands? Firstly, they can no longer rely on one channel, e.g. Vogue to reach all fashion lovers, say, but need to incorporate a peer-to-peer approach.

Secondly, they need to change the way they work with influencers to access these distinctly different communities via sources they trust.

They also need to trust that influencers will maintain authenticity, rejecting brand campaigns they feel are not authentic to them – regardless of whether they’re paid for or not. To influencers, trust by their own community is the number one asset they have.”

Opinion: comms is critical to breaking the modern slavery taboo
Forster’s CEO Amanda Powell-Smith discusses how businesses need to openly talk about modern slavery and how comms can help. Modern slavery remains a real and present [...]
Features
Request a Demo and Pricing
Connect on Social:
This week’s top trending features on Gorkana News Opinion: How PRs can make the most out of branded content
Scroll to top
Cookie Policy