Salamander Davoudi, co-founder and managing partner at Tancredi, explains how Iran’s corporate environment makes it an exciting frontier for PR. 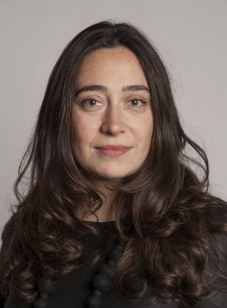 Iran is emerging as one of the most exciting frontiers in the public relations business. For me, as a former journalist and current PR practitioner, the particularities of media relations and corporate communications in Iran are endlessly fascinating.

What has become very clear in Tancredi’s first 18 months in the country, is that PR in Iran requires a unique understanding of how and why businesses’ attitudes towards corporate visibility have changed.

Until recently, both local and multinational companies engaged in Iran avoided visibility. During the period of international sanctions, there was a strong disincentive for proactive communications. Major multinational companies downplayed their ongoing operations in Iran due to reputational risks at home, often removing mention of in-country operations from websites and reports.

The resulting lack of transparency in Iran, which extends to even a basic understanding of which companies are the market leaders and who owns them, has made an otherwise well-developed economy seem especially byzantine.

As a consequence, opponents of Iran’s economic opening easily sow seeds of doubt about the intentions and capabilities of Iran’s business community – with little or no correction offered by the companies they target.

Against this backdrop, PR services have a heightened importance. The ability to effectively communicate will distinguish the most professional Iranian companies from the rest of the pack, setting potential partners, investors and regulators at ease. However, most companies have yet to understand the return on investment offered by strategic communications advisory. This means that PR firms looking to engage the Iranian market must not only navigate a fraught media landscape, but also prove the fundamentals of PR value to clients.

But, the landscape is shifting as the story of Iran post-sanctions enters a critical new phase. The overall consensus among senior political and commercial stakeholders in Iran is that that the upcoming US and Iranian elections, to be held in November 2016 and May 2017 respectively, represent a transition period.

As the “Iran story” moves into a new phase, most major Iranian and multinational companies have identified autumn 2017 as a key period to launch new commercial strategies and are preparing accordingly.

PR can play a key role in these new strategies by advancing three key aims:

Together, these three approaches will help address the full range of political and reputational issues affecting Iranian investment and trade.

Whereas in many markets, PR is about highlighting what makes a company extraordinary, for Iranian clients the challenge is to show that a company is perfectly normal.

Opinion: Why the north offers a world of comms opportunities
Alex Pegler, account manager at Higginson Strategy – which has offices in both London and Chester, explores how the northern powerhouse can drive comms opportunities [...]
News Analysis
Request a Demo and Pricing
Connect on Social:
Opinion: Mastering the basics of media relations 60 Seconds with Lucinda Kemeny
Scroll to top
Cookie Policy